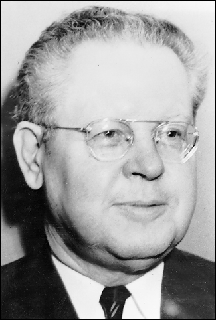 Ralph L, Carr cut his teeth in the news game in the rough and tumble streets of turn-of-the-century Cripple Creek. At the same time, he matched wits with friendly competition and rivalry of the caliber of Lowell Thomas. You would think that the publishing business would have been his legacy.
Carr became more famous for his politics.
But it didn’t affect his friendship with world-renowned newsman Lowell Thomas. The two were steadfast buds up until Carr’s Death in 1950. They became pals in their days as rival newspaper editors, covering much of the same news.
Carr edited a rival paper in Cripple Creek, The Times, at the same time Thomas was at the Victor Record and News.
But, between 1939-1943 Colorado had one of the most courageous and independent governors ever to be elected, by many accounts. Ralph Lawrence Carr was born in Rosita, Colorado and educated in the Cripple Creek school system. After receiving his LLB from the University of Colorado, Carr moved to Victor, Trinidad, and then Antonito where he practiced law and became a publisher. Carr served as a county attorney of Conejos County, and then as Colorado Assistant Attorney General. The apex of his legal career occurred when he became a United States District Attorney. As a Republican, Carr lost this influential post when the Democratic "New Dealers" began to dominate national politics. Despite this loss he was able to stay in the public eye by becoming a powerful and prominent water/irrigation lawyer.
In 1939 a struggling Republican Party supported Carr as their gubernatorial candidate, and won. Within the first half-hour of his term, Carr proposed a plan for a balanced budget by transferring state income taxes from public schools to the state's general fund. These immediate fiscal measures helped to save our state from imminent bankruptcy. Also due to Carr's leadership, the Legislature passed the State Reorganization Act, which greatly increased the efficiency of state government. As a result, Carr is one of the few governors known for making the Colorado bureaucracy more operative.
While Carr's policies were aimed at dismantling the expensive bureaucracy of the New Deal, Carr still supported Roosevelt's foreign policy and favored American entrance into World War II after the Japanese bombed Pearl Harbor on December 7, 1941. The war with Japan initiated a chain of events that bred discrimination and intolerance toward Japanese-Americans. In 1942 an estimated 120,000 Japanese-Americans were stripped of their property and possessions. These displaced citizens were resettled in land-locked states by the War Relocation Authority so that the supposed "yellow peril" could be contained. The question on many Coloradoans' minds was not whether American citizens of Japanese decent should be stripped of their rights and put in internment camps, but where the camps should be. The overwhelming opinion of the populace was typified by a series of highway billboards proclaiming, "Japs keep going."
In other states, the Governors took aggressive stances against allowing relocation camps in their States.
The Governor of Wyoming went as far as saying:
“There will be Japs hanging from every pine tree.” If the Federal Government tried to relocate West Coast Japanese Americans there.
One of the few voices of reason during wartime was Governor Carr, who continued to treat the Japanese-Americans with respect and sought to help them keep their American citizenship. He sacrificed his political career to bravely confront the often-dark side of human nature.
At one time, the New York Times consider him as being on the path to become president of the United States.
"If you harm them, you must harm me. I was brought up in a small town where I knew the shame and dishonor of race hatred. I grew to despise it because it threatened the happiness of you and you and you." Carr's selfless devotion to all Americans, while destroying his hopes for a senate seat, did in the end become extolled as, "a small voice but a strong voice."
A new book: The principled Politician: The Ralph Carr Story by 9News reporter Adam Schrager, has brought new attention to the forgotten hero and as recently as April, they renamed U.S Hwy 285 from Denver to the New Mexico state line the “Ralph Carr Memorial Highway.”