The poetry of death 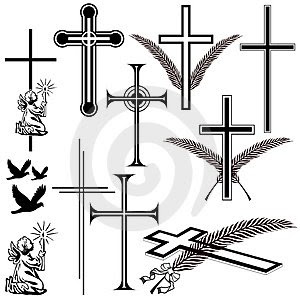 Sometimes, I miss the old days. The language, the style, the courtesy — they really knew how to write obituaries in the old days — pure poetry.
In an effort to avoid offending any ancestral sensibilities, I’ll use a writing about one of my own distant relatives by way of example. But rest assured, the poetic style extended across the spectrum and down through the social strata.
The death of Joseph Kellogg, Sr. was reported in the Routt County Courier on November 4, 1909, under a headline that read in part, “Pioneer ... Pays the Last Great Debt to His Maker -- Peacefully Pass Away.”
But it gets better.
“The human machine, like the mechanical one, must wear out in time, and so it not with surprise, but with sincere regret, the community will learn one of its earliest pioneers. ...” says the front page obit with no byline.
Other details offered are, “Without sickness of any kind, but growing feebler day by day, he passed peacefully to the final rest last night.”
And as a matter of commentary, “Mr. Kellogg has been a man of excellent habits, a sturdy workman , and as such, perhaps the most trying time of his life has been the last few years when his failing strength and sight has forced idleness upon him. He has been an excellent father and in his failing years he has received the kindest of attention at the hands of his sons.”
A few years later, his son, Joseph E. Kellogg’s death was reported in another paper but with the same flowery language and descriptions.
“In all his dealings he was absolutely square and was known far and wide for his great honesty,” noted the Craig Empire.
“Peacefully he pursued his chosen lines of usefulness, with diligence in his work, with consideration for the rights and feeling of others while protecting his own, with studious devotion to the welfare of his country and state, and a deep serviceable interest in the larger concerns of his country, and giving aid of his active support and the stimulus of his example in behalf of every good enterprise, the life of this good man added materially to the wealth and property of the people around him and the elevation of their moral and intellectual standard, and has secured for him in return an everlasting memory of esteem and good will.”
Maybe our own modern obituary should share such language and style and courtesy. Such poetry.
###
Posted by ___ Restless Native at 1:34 PM