Optimism on the line 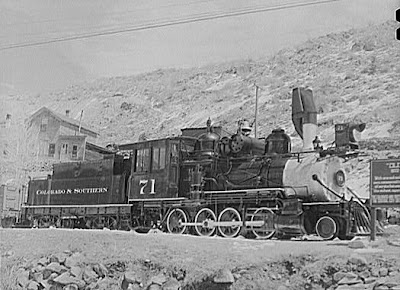 Everyone needs to dream: track engineers, land speculators, town planners, and folks determined to find a shorter, easier route. Word of such a dream swirled around at the turn of the last century in the form of a new railroad line, to be built by the Colorado & Southern that was to snake its way up the south fork of the Platte River on western edge of Douglas County. Optimism ran rampant.
“That the line will become a part of one of the greatest trunk system s in country there can be but little doubt. For over a week the presidents of the Colorado & Southern, Colorado Midland, Rio Grande Western and Denver & Southwestern railroads have been in secret conference at New York, considering, it is said, the formation a new trans-continental line, in which the Burlington, also, will have a hand,” suggested the March 24, 1900, edition of the West Creek Mining News.
The line was to substantially reduce the distance between Cripple Creek and Denver as well as fuel consumption because of reduced grade.
“From Leadville to Salt Lake the distance by the Midland is few mile shorter than by the Rio Grande, but by the projected new line to Los Angeles, the distance to salt water will be greatly reduced. Altogether the little stretch of track now being built along the western edge of Douglas County seems destined to become a very important link in American railroading,” read the Mining News.
“From Denver to South Platte station, the distance is 29 miles. From there to Horse Creek to Lake George is about 25 miles, making Lake George 69 miles from Denver. From Lake George to Denver by the present route of the Colorado Midland is 120 miles. The difference in the two routes is not alone the 51 miles of track saved, but also the avoidance of the heavy climbs over two divides, Palmer Lake and Ute Pass, both of which are very expensive in time and fuel.”
The Mining News followed the progress of the proposed line extension later in 1900.
“The long-talked-of railroad is at last a reality. All this week work of construction has been in progress between South Platte and Nighthawk on what will undoubtedly be a through line from Denver to Cripple Creek,” read the paper upon those developments, though it did note a hitch.
“A slight impediment in the Colorado & Southern’s plans came Wednesday when the Denver Power & Irrigation company swore out an injunction preventing the railroad from interfering with the latter’s rights on the quarter section where it proposes to construct a dam. As the rails had already been laid through the greater part of this piece of land, and as the railroad was not enjoined from working on other parts of the proposed route, the interference amounts to little. The only result of the Power Company’s complaint thus far has been to spur the railroad constructors to greater haste in their work,” wrote the Mining News.
Susan Conola Appleby, in her 2001 book, Fading Past, noted that other factors had a hand in its ultimate demise.
“However, On May 3, 1900, before the railroad advance much further toward completing the line to Cripple Creek, a flood immersed the area,” she wrote.
The flood, according to the Denver Republican, “descended like a tidal wave fourteen feet high, ruining roads, destroying buildings and floating away everything portable in its place.”
Appleby says it was the lawsuit over disputed land that put the final nail in the line’s coffin.
“Ultimately, (Walter) Cheeseman and the Denver Union Water Company retained control over the disputed area, and the railroad scrapped its mountain route to Cripple Creek and instead took over the Colorado Springs & Cripple Creek District Railway, which previously built a standard gauge line to the booming mountain town,” Appleby wrote.