Burning butts and ring of fire in the hole 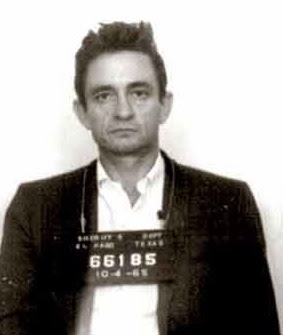 “Fire is the most tolerable third party,” wrote Henry David Thoreau in 1853. But apparently several contrary aspects weren’t considered out there in the woods near Walden Pond.
Case in point: The following story points out a negative ramification of careless administration. Pardon my junior high sense of humor.
Under the heading of “Burning butt starts fire in outdoor toilet,” ran the recent Associated Press story about a fire near Jackson Hole ski area in Wyoming.
“Plastic fixtures melted in the mid-mountain mens room at Jackson Hole Mountain Resort, but the fire did not spread beyond the toilet pit,” according to The Associated Press.
Apparently someone pitched a cigarette in the facility that can only be reached by snow machine or on skis.
“The fire smoldered overnight before ski patrollers tried to put it out by dumping snow down the toilet. Firefighters arrived around 10 a.m. and began dumping 5-gallon jugs of water down.”
The fire took several hours to put out and the toilet uses a compost system. Signs in the facility clearly warn people not to throw cigarettes down it.
“It was too hot to be sitting on the toilet, that’s for sure,” AP quoted Teton Village Fire Chief Watt Hyer.
In a somewhat related matter, the family of country music legend Johnny Cash have successfully blocked an attempt to use his hit song “Ring of Fire” to promote hemorrhoid relief products.
According to the Nashville Tennessean, the idea had been backed by Merle Kilgore, who co-wrote the song with Cash’s wife, June Carter Cash.
The BBC News World Edition said he had not intended to upset the family and Kilgore at first thought it was funny because Johnny Cash had often joked about hemorrhoids when introducing the song on stage.
Cash’s daughter Rosanne said the family “would never allow the song to be demeaned like that.”
Both Johnny and June Carter Cash died in 2003.
There is always a question of sensibilities. Different people have different ideas about what is acceptable and what is not. Careful decision s on controversial matters —good and bad — tend to put the decision makers on the hot seat. I think I agree with George Bernard Shaw who wrote in 1903, “The more things a man is ashamed of, the more respectable he is.”
###