Looking like a doctor, and a cure worth the pain 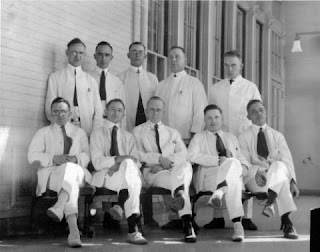 All I remember, is most folks in my hometown seemed to have some sort of “Doc” story that could have transpired anytime in their life’s journey 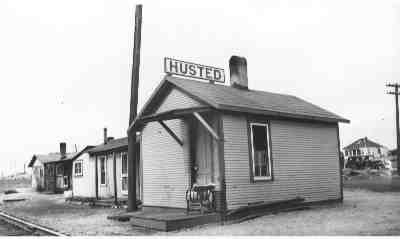 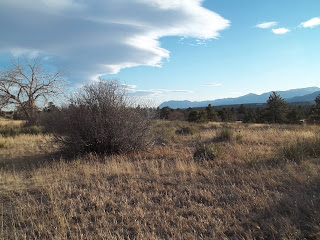 Into the 100-year time warp

By Rob Carrigan, robcarrigan1@gmail.com
Sometimes, as I wander in the hills and think about those who wandered there before me, I can’t help but feel a little lost. Lost in time, lost in space, lost in my own thoughts.
“Not all who wander are lost,” however, according to J. R. R. Tolkien. But the story-master didn’t know this little hobbit.
Wistfully during the wanderings, I often imagine a 100-year warp, or fold, or rip in the time continuum, in which one is able to freely pass from this century, backwards and on into the last.
At almost precisely such a moment, I’ll trip and stumble over an old, stonewall, or a rail tie, or cement foundation that extends a finger out from the past.
It may be difficult considering how much is left, but I almost turfed it one day as I daintily danced over the foundation remnants of East Husted Station.
The dogs like to run down the Santa Fe Trail that follows the former rail grade on the edge of the United States Air Force Academy. Just a little south of the North Gate, on the trail, lies the remains of lost village of Husted. We generally stay on the trail but there is a marker out there calling attention to the once-thriving metropolis. You can wander out a little ways into the yucca, dry grass and oak brush. Evidence of a road winds around down through the gamble oak and pine trees.
What remains of the remains, is not much. You have to almost scratch at the ground to find the base of the one-time train stop on the Santa Fe and the Denver & Rio Grande railroads.
“Husted was never a big village but it had stores, a saloon, church, school, post office, and a restaurant. When automobiles became popular it had several filling stations along the highway,” wrote historian Lucile Lavelett in “Monument’s Faded Neighbor Communities and its Folklore.”
The community’s history stretched way back into the early 1860s (and perhaps before) when the first white settlers came to this area. Sawmills, the Indian uprising of 1868, lynchings for cattle rustlers in Dead Man’s Canyon, whiskey stills in prohibition, a D. & R.G. roundhouse, fox farms, and a horrific train wreck in 1909, all played prominent roles in that colorful account. But by 1920, the place was pretty much on the wane, as the Post Office closed and railroads began to shift from steam, reconfigure traffic, and eliminated the need for a round house. The coming of the Academy was the last straw, as the government purchased the property from those living in the burg, and surrounding ranches as they prepared to build the new installation. Several of the buildings from the town were moved into Monument and are still used today.
Where is the life we have lost in living? Where is the wisdom we have lost in knowledge? Where is the knowledge we have lost in information?
###
Please see related story by clicking title below:
• Waved to his wife and headed for a train wreck. 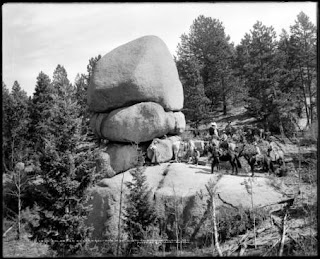 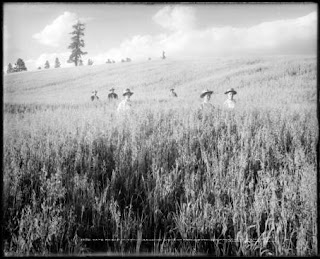 By Rob Carrigan, robcarrigan1@gmail.com
Dude, I want to be a cowboy.
Perhaps more than almost any other fantasy (if you disregard some of my racier ones) as Willie Nelson said, “I grew up dreaming of being a cowboy, and loving the cowboy ways.” It has always been simmering in the background. Growing up in the West, that is probably no surprise. But obviously, I am not alone.
“A famous early dude was Theodore Roosevelt. After World War I the popularity of dude ranches increased enormously and during the 20s and 30s they were the main tourist attraction in the Rocky Mountain area. Writers like Owen Wister, Zane Grey and Mary O’Hara and painters like Remington and Russell brought the fabulous romance of cowboy life on an open frontier to millions throughout the world. Buffalo Bill’s Wild West Show was an unprecedented success in Europe and the East,” according to Bayard Fox, who established “The Bitteroot” ranch in Wyoming in 1972.
“Perhaps no other era in recent times has provided such picturesque color unless it is the East Africa of Isak Dinesen (Out of Africa), Beryl Markham (West with the Night) and Earnest Hemingway during much the same period. Two people who saw both cultures and wrote about them were Hemingway and Theodore Roosevelt though Roosevelt especially concentrated heavily on the hunting aspects of his long trip to Kenya.”
From The Dude Ranchers' Association based in Cody, Wyoming:
“Dude ranching did not begin at a defined time. It evolved slowly from several divergent sources in different locales. The first organizational gathering of these independent- minded pioneers occurred in Bozeman, Montana in September of 1926 at the urging of the Northern Pacific Railroad. The rail road, looking for an additional source of revenue and a means to combat the new method of travel, the automobile, saw the dude ranches of the area as natural partners in the burgeoning tourism industry of the West. This meeting of ranchers from the Yellowstone area led to the formation of The Dude Ranchers' Association,” according to the organization’s website.
“The Association's original membership of thirty-five ranches from the Yellowstone area has now grown to 100-plus member ranches in 12 western states and two Canadian provinces. In spite of this growth, the Association today remains dedicated to preserving the beauty, natural resources, and the original western ranch experiences that attracted the first visitors.”
Within this framework, the association regulates standards, and promotes dude ranch vacations. The Dude Ranchers' Association is a diverse group, composed of cattle ranches who accept paying guests and mountain top lodges that offer a ranch atmosphere.
“The formation of lasting bonds and memories still brings families back to ranches generation after generation. This is truly a living testimony to the timelessness of the values and standards of the original dude ranchers. Today, as it did over a century ago, the western dude ranch experience offers relief for both the body and spirit of those seeking refuge from the pressures and routine of modern life.”
So while recently sifting through old photos in Denver Public Library’s historic archive, I was fascinated by shots of Skelton Ranch early in the last century.
Erik Swab, a former computer programmer turned historical researcher, apparently had a similar experience. Although Swab was first directed to the early ranch in Teller County by the United States Forest Service, his research for them, and his interest in hiking in the Pikes Peak area, according to a March story by Dave Phillips in the Colorado Springs Gazette.
“When I first started asking about this place, there were so many rumors: It was a Japanese internment camp or a brothel or other things,” he is quoted in Phillips story.
In fact, he said, it was a dude ranch — one of the first in the state. It was many things over the years, including a resort that courted the moneyed class, and a place where locals attended community dances and suppers, according to the account.
The Skelton Mountain Ranch apparently operated from 1905 to 1916 and was situated three and half miles west of Woodland Park, with 400 acres there, and an additional 1,140 acres near Divide, according to Swab’s research.
“William Skelton was born in Kentucky in 1864 and married Lizzie Butler in 1885. They moved to Denver in 1898, where Skelton was a member of a law firm and briefly held the position of Judge. The couple left Denver in 1906 to reside in Woodland Park at the ranch,” writes David Martinek in Pikes Peak Country, citing Swab’s research.
“The resort ranch was famous. It had 30 log guest cabins, a 10-room house and log dining house, a large three-level barn, and a 104-foot long chicken house and an assembly hall with a large stone chimney. The promotional literature claimed that each cabin had indoor plumbing, but the reality was that there were surely several outdoor privies, instead. The ranch could accommodate up to 250 people at $15/week. And they only accepted “refined people as guests,’” writes Martinek.
According to Swab’s research, a fire in 1908 destroyed several buildings and may have cut short its life as a dude ranch. It was sold to a St. Louis shoe company executive named F.A. Sudholts, in 1916, and was to focus mostly on raising stock, but was largely vacant after that until the 1940s.
Despite that, the sentinment lives on, and people still aspire to learn cowboy code.
Cowboys are heroic — not just because they do dangerous work, but because they stand for something. Principles like honor, loyalty and courage lie at the heart of the Cowboy Way.
The Center for Cowboy Ethics and Leadership in Texas, promotes the following ten principles for Cowboys to live by:

1. Live each day with courage

2. Take pride in your work

3. Always finish what you start

6. When you make a promise, keep it

7. Ride for the brand

9. Remember that some things aren’t for sale

Shaking my fist in the wind 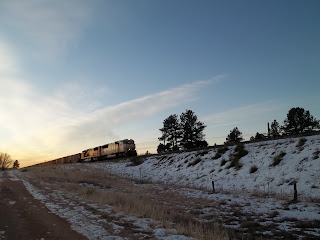 A couple of days ago, in an act of shaking my fist in challenge to the forces of nature on my 50th birthday, I took down the Christmas lights in the gale force winds that blew over the Palmer Divide that morning.
Though I only flew off the ladder once, and didn’t break anything at the bottom of the 20-foot fall from the eves, it was a beautiful reminder of my place in the battle of elements… and my chances of winning.
In Carl Hiaasen’s novel “Sick Puppy,” a recurring character called ‘Skink,’ ties himself to the top of a bridge in the Florida Keys to commune with an incoming hurricane, reminiscent of John Muir riding out a Sierra gale in the treetops.
‘Skink,’ a.k.a. Clinton Tyree, once upon a time was a football star, a hero of the war in Vietnam, and a populist governor of the state of Florida, reflects Hiaasen's own political tastes, and Hiaasen freely admits to creating him because he wishes such a man really existed.
Muir on the other hand, describes his now famous adventure of climbing to the top of a 100 foot tall Douglas Spruce to experience first-hand the force and beauty of a fierce Sierra wind-storm. This adventure takes place in a tributary of the Yuba River in December 1874.
John Muir writes, “The sounds of the storm corresponded gloriously with this wild exuberance of light and motion. The profound bass of the naked branches and boles booming like waterfalls; the quick, tense vibrations of the pine-needles, now rising to a shrill, whistling hiss, now falling to a silky murmur; the rustling of laurel groves in the dells, and the keen metallic click of leaf on leaf--all this was heard in easy analysis when the attention was calmly bent.”
Blowing around out there as fog rolled over the Ramparts, and bouncing in the bushes on the side of the house, I couldn’t help but wonder if I was creating a man defiant of howling winds and unafraid of nature on a whim — a man created just because, I wish such a man really exists.
###
Posted by ___ Restless Native at 9:58 AM No comments: