No short cuts across high saddles above Dunton 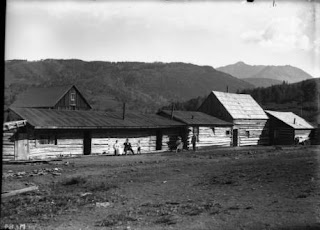 Hard work may never pay off

"Did you catch those names?" Mr. Horner's eyebrows arched as his practiced index finger nimbly found a prominent "Butch Cassidy," and just below it, a smallish "Sundance."
"Come on," I said. "That's got to be a prank."
"Well," he pulled on the word, grinning broadly, "they're not sayin,' but rumor has it they holed up here in 1889, after they robbed the Telluride bank — their first heist."
Only problem with that, is that it was not likely Cassidy's (Parker's) first legal transgression. He had been suspected of rustling cattle since his teen years in Circleville, Utah, and he was more likely going by another name, like George Cassidy, Tom Gillis, James Ryan, Santiago Ryan, Santiago Maxwell, J.P. Maxwell, James Lowe, Santiago Lowe, George Ingerfield.
And as far as being associated with the Sundance Kid, there also was no record that the two men were associated until later. Though they could have been.
Maybe the Dunton bar has 'Roy Parker' carved in it? Or Harry Alonzo, or Frank Boyd, as Sundance was prone to use as an alias?
Robert Leroy Parker did do a prison stretch in the Wyoming Territorial Prison from 1894-1896 for stealing horses. And in 1887, Harry Alonzo Longabaugh, a.k.a. the Sundance Kid, was sentenced to 18 months in the Sundance, Wyoming jail, for stealing a slow horse.
No evidence suggests that met before Parker was released from prison. But the two incarceration locations are several hours apart — by fast horse.
Perhaps bank robbers did take a short cut along the West Fork of the Dolores River, change to faster horses, and did briefly hide out in Dunton.
Perhaps carving their names in history, and the wooden bar.
But what names did they carve? It is going to take hard work, hardship, and perhaps isolation and heartache, that may never pay off —before we ever know for sure.
In the meantime, stories grow like a bad weed in high altitude sunshine on the mountain saddles above Dunton. 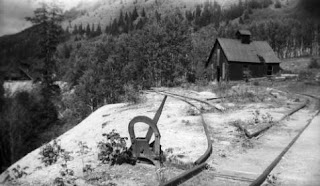 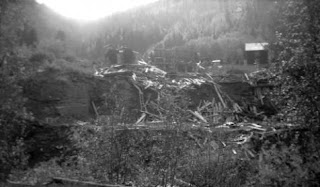 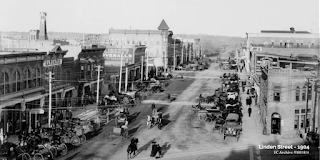 No one tried to stop these dispensers of frontier justice.

Today, Old Town is a busy, vibrant place, full of life and laughter, and love, even ...  The feel of small town America is strong here. Dogs are welcome. Folks are peaceful. But there is a saying about animals, that may apply to something that happened in this normally quiet, peaceful town, on this same day, exactly 130 years ago.
“When the Fox hears the Rabbit scream he comes a-running, but not to help.”
By 1888, Fort Collins was settling down to respectability, says Phil Walker in his 1995 book "Visions Along the Poudre Valley."
"There was electricity and running water in most of the houses. Gone were the days of the wild and woolly frontier town. Gone were most of the saloons the brothels, the gambling halls and the riff-raff that all this attracted. No more was the civil and moral code of the community held in open defiance," Walker wrote.
"Eva and James Howe lived in a little house on Walnut Street, just a half block from Linden Street where Old Town Square is today.  They had a five-year-old daughter. James was a millwright and a very good mechanic and was well-respected in the business community. Eva Howe was a happy, pleasant woman ... quite pretty, and very much liked by all the ladies. Most of the time, the Howes lived quietly as the 1880s rolled by," according to Walker's book.
"But alcohol was eating at James Howe..."
"Herein lies a tale for within this house began a lurid, violent, dramatic incident that ended in murder. A lynching followed the deed," wrote Babara Allbrant Flemming in "Fort Collins: A Pictorial History."
"Mr and Mrs. James Howe lived in the house, then at Linden and Walnut streets. On April 4, 1888, Howe came into the house drunk to find his wife packing to leave him. He became enraged and attacked her with a pocket knife, slashing her throat. She staggered out of the house, though fatally wounded, seeking help, but it was too late. She fell down on the walk and died. Since the house was right down town, everyone around had seen what happened. Howe was immediately arrested, and normal activity halted for the rest of the day," she said.
"That night, when it got dark, the town's newly installed electrical system suddenly stopped working. In the inky blackness, a band of men broke into the jail and hauled the murderer out. He pleaded for mercy, but he was quickly strung up on a derrick being used to build the new courthouse. One account has it that Charlie Clay, the town's black cook and delivery man, sat on the scaffold and played his harmonica while Howe died."
Flemming noted that no one tried to stop these dispensers of frontier justice. And when they had done their work, the electric lights went on again. For a long time, the house was considered haunted, but eventually Daisy Bosworth took up residence there and turned it into a boarding house.
The house was eventually moved to 1314 West Myrtle Street, and is still occupied today.
Posted by ___ Restless Native at 6:08 AM No comments:


The world famous Cog Railroad to the top. 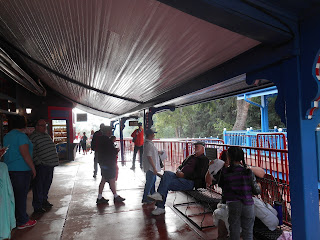 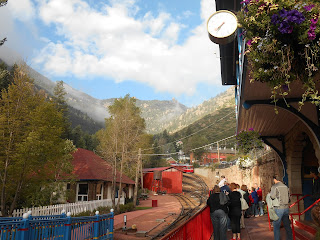 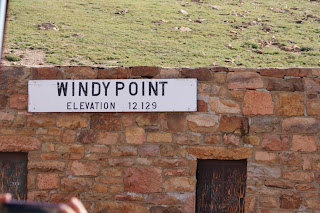 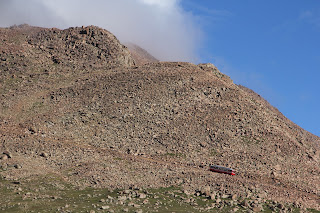 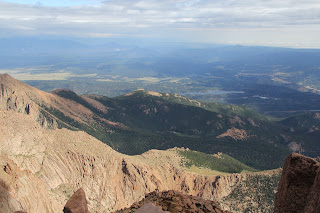 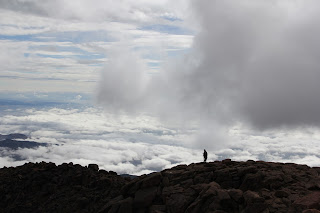 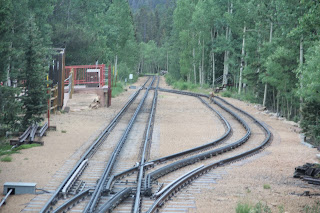 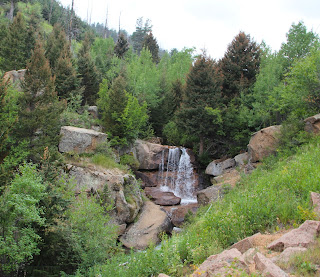 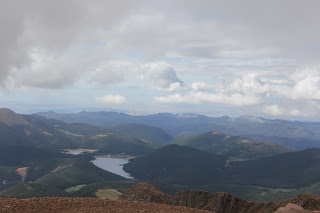 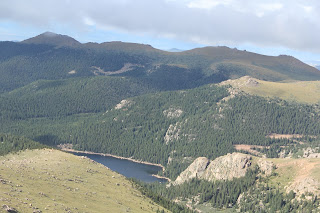 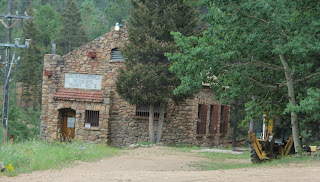 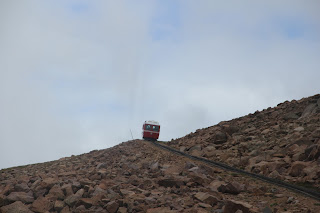