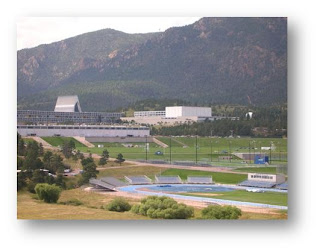 Simpson has witnessed change and participated

It has been decades since I first talked to Bill, and years since I have followed up and I am not sure how he is getting along, but he never failed to provide a connection to the Tri-Lakes community.

“Wherever men have lived there is a story to be told,” according Henry David Thoreau. “And it depends chiefly on the story-teller or historian whether that is interesting or not.”
That is why it’s my fault if this fellow’s local life doesn’t reach out and grab you.
Start pulling on one of the many threads of Tri-lakes history that connect Bill Simpson to the area’s past and the whole fabric unravels in front of you.
From his father’s exploits tracking down the mountain lion “Ol’ Disappearance,” in the 1920’s to the growth of today, Simpson has seen it all and been involved in most of it.
His dad ran the ice house operation on Monument Lake that harvested ice to cool rail cars before refrigeration. He recalls area motorist suffering frequent flat tires for years in the mid 1940s after the large warehouse was blown apart in a wind storm scattering shingle nails and other debris everywhere.
He was in the last class to graduate from “Big Red” in 1957. That building now serves as the administration building for District 38. He is also able to tell you the exact location of the last five Monument Post Offices, as his mother served as Post Master at most of them.
Among his fondest memories is his time spent out at the Monument Nursery and the sign shop there.
“I worked over there pulling weeds and picked up pine cones by the bushel,” he said.
The nursery would let the cones dry out and then put them in a big tumbler that looked like the drum that produces Colorado Lottery winning numbers. The loose seed were planted, grown locally, and then shipped around the country.
“White Fir cones were the most lucrative,” he said because they only produced cones in the very tip-top of the trees.
“We were paid $4 or $5 per bushel for White Fur. That was a lot of money back then.”
One technique involved finding and raiding a squirrel’s cache. You could take half and leave half of the cache with no negative effects on the squirrel, he said.
“Sometimes a cache would have five or six bushel in there.”
Yes, Simpson has witnessed change and participated.
“I have seen a lot of change. One of the major ones was when the Academy arrived. I worked out there in ’55 and ’56 when they were building part of it,” he said.
“Being in the construction business, I haven’t fought it. I have been a part of it.”