Blame it on the Russians 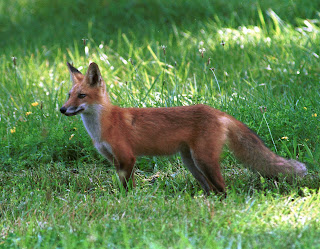 Some folks blame the Russians for the end of the fur trade in the Tri-Lakes area.
“In 1946 the fox farms were a good thriving business,” wrote Lucille Lavelett. “The United States made a trade agreement with Russia; Russia traded their furs to the U.S. for a metal we had, to be used to harden steel. The fur market soon became flooded with Russian furs. There was no sale for U.S. furs, and all the fur farmers had to get out of the business.”
In “Monument’s Faded Neighbor Communities and Its Folk Lore,” Lavelett noted that an area off of Baptist Road was once one of the largest and best fox farms in the west. The farm, established by a man by the name of Shelby in the 1930s, was first managed by Dave Gibbs. Gibbs later owned his own fox operation east of Monument on Highway 105.
Famous fur farmers flourished all over the Tri-Lakes area in the middle part of the last century. Jack Duckels, Colorado’s largest mink rancher during the height of the state’s fur industry in the 1960s, got his start in the Palmer Lake area.
“Duckels first raised turkeys and foxes near Palmer Lake in the 1920s. In 1932, he brought three pairs of foxes to today’s First Avenue and Havana Street – far enough away from Denver, he supposed, not to bother anyone with the smell,” according William J. Convery in a recent edition of Colorado Heritage, the state historical society’s magazine.
“To supplement his thriving fox business, Duckels added mink in 1933. The small sideline eventually eclipsed all other operations on his ranch. By 1961, the Aurora rancher employed twenty full-time hands to help feed the daily ration of some 15,000 pounds of meat byproducts, fish, cereal and fresh horsemeat to his 20,000 hungry charges,” Convery said.
According to Lavelett, the Baptist Road fox farm had eight units of fenced pens that accommodated 3,500 breeding foxes. “In 1937, the farm shipped 200,000 furs to eastern markets.”
Other factors might share some of the blame for the collapse of the fur industry here. Rising social criticism (Doris Day, the star of “A Touch of Mink”, turned animal rights activist led the Hollywood charge), the sluggish economy, and the advent of synthetic fur all were factors. But many blame the Russians.
“The rise of foreign competition ironically demonstrated how domestic fur producers had sown the seeds of their own demise. In the heady days of the 1950s and early 1960s, American fur farmers had gladly supplied foreign breeders, trained those breeders’ interns, and sold them breeding stock. Jack Duckels, for one, made extensive business contacts in Japan, Norway, and the Soviet Union. In the 1960s he traveled to Soviet trade shows and invited Russian merchandisers back to the United States to tour his own farm. Shadowed by FBI agents, the Soviets learned the ins and outs of mink ranching and signed lucrative contracts to buy Duckel’s brood minks,” wrote Convery.