Wind storm of the century 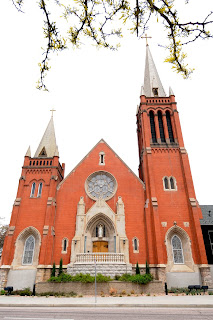 Damage reported in every section of city

By Rob Carrigan, robcarrigan1@gmail.com
Almost anyone who has lived in Colorado for more than a year probably has a “worst storm” story. But as noted with many less-than-promised weather conditions, ‘blizzard’ is a relative term. No one is disputing a severe storm that appeared on November, 21, 1900 claim and in fact, it has been considered “The worst storm in Colorado Springs history,” by some for more than 100 years now.
“Any resident of Colorado Springs November 21, 1900 will never forget that day,” according to an article written by Edwin and Nancy Bathke for the Pikes Peak Westerners Posse. “A day and night of terror. No words can ever describe it; no pen can picture what the people of this city have known for the last 24 hours. At the present writing the wind has been blowing a gale that disorganized the city for more than 10 hours. We are shut off from communication with every other place, and people are huddled in their homes, praying that the calamity will not overtake them.”
The Bathkes pulled such a description out of one of the few newspapers that were able to print the following day. The Evening Telegraph was unable to get out an issue at all but Gazette produced limited copies under most unfavorable circumstances.
Damage was reported in every section of the city. Telegraph, telephone, light and power poles were blown down all over the city. At least eight separate fires broke out around the city destroying El Paso Ice and Coal Co.’s building, Electric Light Company’s powerhouse, Smith Green House and Shields-Morely Grocery, among other buildings.
“On Tejon Street there was an indescribable scene. The businessmen were scurrying everywhere, trying to stay the damage. The iron roofing curled and tore off, landing in great heaps and littering the streets,” wrote the Bathkes.
“The six largest churches in the city suffered only nominal damage. The First Presbyterian, the stone coping on the west gable roof was torn away. Precautionary measures taken limited the losses. At the First Baptist Church the $1,000 stained glass window in the west was saved with great difficulty by stays erected in the interior. At St Mary’s Catholic Church, Father Bender hired carpenters to place stays across the west transept windows, thus saving the $1,200 memorial window.”
Other buildings were not so lucky. The Board of Brokers Building lost its roof on Tejon Street. The Exchange National Bank building was severely damaged by the flying debris. El Paso Bank block’s entire roof was gone and the skylights at the Mining Exchange building caved in. It blew all the windows out on the Giddings block.
Street cars were blown off the tracks in the Broadmoor area. At the roasting plant for the Standard Smelting Co., the sides of the building were torn away and the great smoke stack there was torn off its foundation. The Antler’s Livery barn caught fire five different times during the wind storm. Many trees were toppled throughout the city.
At Colorado College, the weather bureau registered wind at 82 miles per hour until the weather vane spun around so much that it became overheated and melted away.
Wind speed has rarely been recorded at over 65 miles and hour in the same area since.
###
Posted by ___ Restless Native at 11:44 AM