Weird news in black and white, read all over 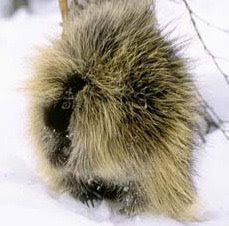 With my apologies to Chuck Shepard, local papers show evidence of our own “News of the Weird.”
For example ...
From the Cripple Creek Times of March 19, 1908.
“John McClare, and eccentric Englishman who lived in a dugout down the gulch below the city, was found dead there on Monday, having been killed sometime Sunday or Sunday night by the falling in of Sod of his strange habitation. He was about 55 years old and little was known about him.
He came here about two years ago from Idaho and terrorized the people in the northern part of the county by his strange actions, though he is believed to have been harmless. He was at times confined in the county jail and hospital.
The dugout in which he met his death was practically unfurnished and he slept on the floor. How he maintained a living was a mystery to those who knew him. The county will bear the expense of the funeral.”
• • •
And one of the regular bound-volume combers pointed out this gem in the January 8, 1972 edition of the Ute Pass Courier.
“A copy of ‘A Lazy Man’s 23rd Psalm’ which appeared in a recent National Grange Newsletter, has been provided for Courier readers as follows:
Society is my shepherd,
I shall not work;
It alloweth me to lie down
on a feather bed;
It leadeth me beside
the still factories,
It destroyeth my ambition,
It leadeth me in the paths of a
goldbrick for politics sake.
Yes, though I walk through the valley
of inflation and deficit spending,
I will fear no evil,
for the welfare agencies are with me.
Their generosity an their staff,
they comfort me;
They prepared the requisitions that filleth my table,
By mortgaging the earnings of
my grand children;
My head is filled with mirth
and my cup runeth over without effort;
Surely, the taxpayers shall care
for men all the days of my life’
And I hall dwell in the house of
a parasite, forever.”
• • •
One of the most bizarre articles that I have seen in recent history however was the front page piece in the Cripple Creek Times of March 4, 1987 about Nip-n-Tuck, the skiing porcupine of Victor.
According to the article, Joe Vanderwalker taught Nip-n-Tuck, the porcupine to navigate the slopes of Victor after constructing wooden poles and skis.
“Joe and Nip-n-Tuck would make their way to the top of the slope. At the top, Nip-n-Tuck received a few pointers and ... and a little push and he was off!
The wind would blaze through his bristles as glided down the tundra-like slope overlooking Victor. He expertly maneuvered around the mineshafts and leach pads. Then he would ease to a graceful sort-of-like-a-snowplow stop.”
• • •
At times, once again in the Cripple Creek Times of March 29, 1908, the weird could take a turn to the macabre.
“A ghastly find was made on the rear platform at the Midland Terminal railway station here yesterday afternoon and as a result an investigation has been started by the authorities. The object in question is a human hand and arm that has been severed at the elbow, and had been off for three or four years. So old was it that the flesh had turned black and the bones were protruding through the finger tips.”
So there you have it. Local cave-dwellers, conservative poets, prickly celebrity skiers in Victor, folks willing to lend you a hand, or someone trying to twist your arm ... nothing ever seems to change around here.
###
Posted by ___ Restless Native at 9:55 PM

"He came here about two years ago from Idaho and terrorized the people in the northern part of the county by his strange actions, though he is believed to have been harmless."
Yeah, that sounds like me...