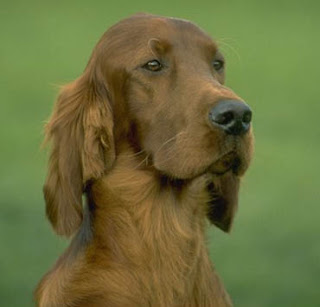 Christmas today carries texture and color from our childhood. It is always enhanced by our memories from the past.
For seven years, beginning in 1978, the holiday season was represented for me by the warmth and the sounds, the comings and goings of a small-town hardware store.
Starting the Friday after Thanksgiving, right after we got the hardwood floors mopped, the season began. Taylor Hardware (the Red Dog Hardware) signaled the start by asking the hired help (a couple or three high school kids including myself) to attach a 2” x 4” frame that allowed us to elevate the front two counters into a three-tiered mega gift center -- where if you couldn’t find something to give Mom, or Uncle Bill or your pain-in-the-butt brother, well then, they didn’t need a present.
Then, after cleaning the front windows with a pail of sudsy water and a sisal brush as the help commonly did once a week anyway, it was time to build the holiday display in the four compartments behind the plate-glass windows in the front entrance.
One window was always filled with ideas for mom’s stuff: fancy silver trays, furniture, food processors, microwaves, decorative lamps, ladies watches, even an occasional elegant shooting iron.
Another window for dad: fly rod and reels, ice augers, power tools, Case and Oldtimer knives, chain saws and maybe a Toro snow blower with a bow on it.
One for the kids: solid Red Flyer wagons, steel Tonka trucks with authentic rubber wheels, real china-faced dolls, porcelain figurines and BB guns.
The final one could contain most anything, depending almost entirely on mood and inclination of the owner or his son or daughter-in-law. Ashely woodstoves, power splitting mauls, decorative glass dishes, it was hard to guess. One year, I remember a western working horse theme including a packsaddle, tack, bridles, lariat rope and other cowboy necessities.
But Dolores was the kind of place then that a rancher could come running in the store after an expensive item in emergency, grab and go, with instructions to “put it on a ticket and I’ll pay later.”
Though such shoddy accounting practices would never have been tolerated at the hardware store, one local story relates the hurried purchase of a new saddle at another local business. The owner of a saddle shop forgot which outfit the “in-a-hurry” cowboy worked for so he billed it to each of the nine biggest stock concerns in the area thinking that surely the responsible one would settle the bill. That turned out to be an error. Six of the outfits ended up sending a check in for the entire saddle amount with no questions asked.
Don Setser seemed to be the only one Merton Taylor, the owner, was comfortable with enough to hang the outdoor lights. Many years ago, as part of the high school student help, Don had won the local lighting contest in the business category and ever since, he was “forced” to roll back into town every year to string up an increasingly complicated and elaborate display.
The store, always a busy place, tended to hum for the next few weeks. What, with getting ready for inventory and the big bowl of eggnog and the ever-free and hot coffee at the back corner pot – along with busted pipes and broken chain saw files – this was ‘hammer time’ at the hardware.
Finally, on Christmas Eve, usually shortly after noon, came time for the deliveries. Owners Merton and his wife Cecil, had selected and wrapped presents all morning, and we loaded them in the beat-up 1965 International Scout, along with a couple of the Irish Setters of the ‘red dog store’ namesake, and began a distribution that would have made Santa proud.
Ironically, or perhaps symbolically, the store and nearly the whole city block, caught fire and burned to ground on the day after Christmas in 1984. With a changing retail landscape, aging owners and shifting loyalties, it was never rebuilt.
Those memories are not better or worse than many Christmas holidays that followed but certainly provide me a foundation of texture and color, sounds and warmth, the comings and goings of a small-town hardware store, and yes, a feeling of Christmas, that I can never forget.