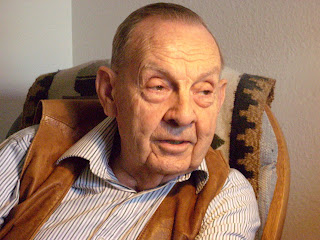 Monument was a colder place


Written more than 10 years ago, this piece visits with historical figures Wilbur Fulker and Bob Kuhlmann. Both, unfortunately are no longer with us, but their memories of Monument Ice Harvest live on, in local art, history and spirit.

By most accounts, Monument was a much colder place during the early part of the last century. Because of that, it was prime territory for the ice business.
“In ice harvest days, winters were COLD,” wrote Lucille Lavelett in her 1975 history, “Through the Years, at Monument, Colorado.”
“From the first of November, Monument could always plan on the weather to range from 10 to 20 below zero every night until the first of February and the ground to be completely covered with snow all winter. The lake would freeze over and stay frozen,” according to Lavelett.
Longtime resident Bill Simpson remembers it that way as well.
“It was way, way colder. We would have snow and ice on the ground all winter. Ice in the street would be four inches thick and we could sled in the street the whole time,” said Simpson, who grew up in the house on the corner of Second Street and Washington (currently Paradise Ponds) and his father, Fred, was foreman of the ice harvest for many years.
Bill was born in 1938 and said he spent a lot of time at the iced-over lake and in the “lunch shack” as a young kid in the early and mid 1940s and remembers the harvesters using horses hooked to a plow to keep snow off the surface of the lake. The bare ice would freeze more solidly without insulating snow on it.
Saws made from a Model T engine were used to cut a channel and a guy in rowboat worked all night long, rowing back and forth, to keep the channel from freezing up. Blocks were moved through the channel to a conveyer belt setup that would lift them to fill rail cars. Simpson said the conveyor was powered by a steam engine that “is still around the county here, somewhere.” He said they would also use the steam engine to move the boxcars around, as they filled them with ice.
His father’s dog Rover, a local legend for treeing the mountain lion Ol’ Disappearance, met his end out there on the ice.
“My dad said the dog tangled with one of the saws, got out in front of the blade, and was hurt so badly that it had to be put down.”
The taxidermied body of Ol’ Disappearance is now a popular attraction at the Lucretia Vaile Museum in Palmer Lake.
In its heyday, forty or fifty men, working eight teams of horses, would pack 20,000 to 30,000 tons of ice into the icehouses and rail cars. Each layer of ice cakes, which were roughly 2-foot cubes, were covered and packed in about 12 inches of saw dust. In the summer, the ice company would employ 15 or 20 men, for 30 to 40 days, shipping ice.
Bob Kuhlmann, a longtime Monument storeowner who now lives in Albuquerque, New Mexico, recalls the ice harvest fondly.
“That was my first job. I got my Social Security card from there in 1937; it is stamped right on the back. American Refrigerated Transit Company. I still have the original card,” he said recently in phone interview. Kuhlmann will be 91 in April, and said he worked filling the cars and stacking blocks in tiers. Kuhlmann moved to Monument from Nebraska as a kid in 1933 and his father had a ranch with 745 acres that encompassed Elephant Rock and Rabbit Ear Rock within its boundaries. He graduated from high school at “Big Red” in 1936. He later owned and ran a store on Front Street in Monument from 1940 to 1964 but still has a soft spot in his heart for his first job harvesting ice.
“I was paid 37 and half cents an hour and worked 10-hour days, six days a week,” Kuhlmann recalls. “Fred Simpson was my boss.”
Wilbur Fulker, who now lives Colorado Springs, but grew up Monument also remembers the ice harvest with fondness.
Fulker, the tuba-playing former principal of the Blind School at Colorado Deaf and Blind, and the namesake for Uncle Wilbur’s Fountain in downtown Colorado Springs, recalled some of the details.
“One fellow, Albert, drank like a fish and for some reason he always was the channel rider, rowing up and down the channel to keep it open. Almost every week, he would get drunk and fall in. He would end up in the hospital with pneumonia,” according to Fulker.
The ice business on the lake began in 1901 when W.E. Doyle and Thomas Hanks leased the lake, (then known as State Reservoir) and set up ice operations on the east side of the Lake. Doyle eventually acquired all of the business. He and his brother-in-law, Fred Lewis, built his arts and crafts style home (which is still there today) near there and ran the business until 1932 when the operation was transferred to American Refrigerated Transit (A.R.T.) and the railroad spur was acquired in 1936 by A.R.T.
Twice during the half century of ice harvesting on the lake, high winds destroyed the ice houses where the blocks where stored. Once, on Dec. 31, 1909, a 75- to 100-mile-an-hour west wind destroyed the icehouses on the day before the harvest was to start. The structures were rebuilt. Then, again, in 1943, another west wind blew down the icehouses, heavy timbers and all. It was reported that 2” x 4”s from the icehouse were embedded in the side wall of a house on Second Street.
“A god-awful strong wind came through this part of the country and it blew parts and pieces all over the place,” recalls Bill Simpson. “For years afterward, anytime someone had a flat tire where they picked up a nail or chunk of metal, they would turn the blame to those icehouses.” 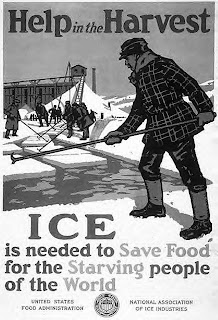 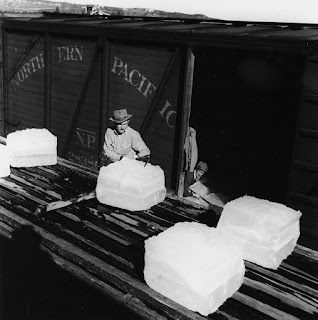 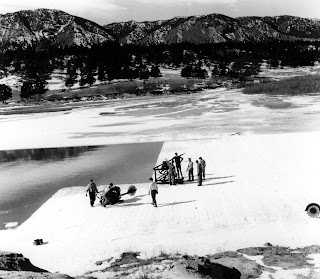 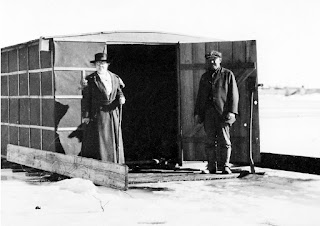 Photos courtesy of Palmer Lake Historical Society/ Lucretia Vaile Museum and Jim Sawatzki, when he and I visited Wilbur Fulker at the assisted living facility in Colorado Springs, in 2007.