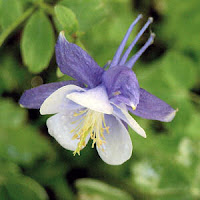 The Wildflower Excursion carried passengers from Colorado City to Edlowe

Gone and just about forgotten. That description accurately characterizes the town of Edlowe in Teller County. At one time, its Post Office was the only one between Manitou Springs and Florissant, according to History and Mysteries of the Catamount Ranch Open Space, a report for the Teller County Division of Parks produced 2000. The report was written by Kim Carsell and Kim Long.
“The town is said to have had a station house, post office, school, church, several homes, a ten-room hotel run by the Hickoox family,” according History and Mysteries. “The Edlowe school district was consolidated into the Woodland Park School District in 1920, incorporating the schools of Spielman, Crystal, and the ‘pink school house at Manitou Park.’ The new school district needed three teachers.”
The town was officially vacated in 1958. Edlowe was near the present day intersection of Highway 24 and Edlowe Court between Woodland Park and Divide and was nearly 50 acres at the time of vacation.
Historically, the record reports that D.C. Oaks surveyed the area in time frame of 1872 to 1877. Another survey was recorded between1876 and 1877 by E. H. Kellog and Albinus Z. Sheldon.
Wesley C. Wheeler and Fredirck Bacon filed homestead papers in 1882 and tracks for the Colorado Midland Rail Road were laid in 1887 through the properties and a wagon road existed as well. Wheeler and Bacon combined and contributed 55 acres each for a town site that was originally registered as “Summit Park.” By 1896, a new plat had been filed by Wheeler’s widow for the part of the town site she owned and registered the site in El Paso County.
“The name ‘Summit Park’ was covered by a strip of paper pasted to the document containing the name “Edlowe” and was signed by Edgar D. Lowe. trustee, in place of Hattie H. Wheeler,” says Carsell and Long’s report.
“The Edlowe stop was a flag stop, meaning the train would stop only upon request. Edlowe was the destination of the Wildflower Excursion run by the Colorado Midland. The Wildflower Excursion carried passengers from Colorado City to Edlowe who were interested in picking ubiquitous blue columbines in the area,” according to the report. One destination, the meadow west of Edlow, was used on almost all of the trips up the Pass, according to local railroad historian Mel McFarland.
“Remains of the town can still be seen if one knows what to look for,” says Kim Carsell and Kim Long’s 2000 report, History and Mysteries of Catamount Ranch Open Space..
###
Posted by ___ Restless Native at 8:32 PM