Luck and truth or chasing rainbows 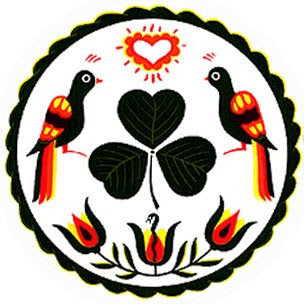 Conventional wisdom and folklore pairs Leprechauns and luck but there is another side to the story — a side that is harder to see or lay a finger on.
In the old country, "the wee people" are also associated with truth, or lack thereof. With the very concept of truth, in fact.
Everyone's heard of Blarney and perhaps some of you have even kissed the stone but few are practiced at the art. Blarney — or distortion to make the story better — had its beginnings in that nether world that lies between sleeping and being awake.
It is that space that the "wee people" inhabit as well. Few Irish have actually made eye contact with a leprechaun, but even fewer are willing to say they don't exist. They, and the wailing banshees, and the Nordic trolls wander the unearthly fog.
But what links them to the truth or in fact to Blarney is a promise.
It is a common promise that you have all heard of, a promise that paired them with luck and good fortune and the pot o' gold at the end of the rainbow.
That promise is quite simply, the assurance of something for nothing. Those chasing rainbows want that assurance so badly. They want to believe fortune lies at the end and that the story told is more than Blarney. And sometimes it does, and sometimes it is.
But truth is the luckiest charm of all. Like the cereal, it's magically delicious.
###
Posted by ___ Restless Native at 8:43 PM