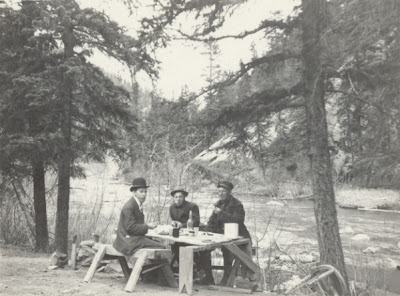 Most of us have run into snags in our lives

This story first appeared in the Denver Post when I served on their Voices Panel in 2004.


The river improved my outlook on life.
When I was younger, my friends and I spent 70 percent of our summers in the Dolores River in southwestern Colorado.
Many a warm afternoon was used up throwing dangerous dives from the Big Rock right in the middle of town — or maybe from the other Big Rock down river near the old McPhee lumber camp. Other days were spent fishing under the old Fourth Street Bridge. Now, the lumber camp lies several hundred of feet below the surface the Reservoir and the town is trying to sell the old Fourth Street bridge .
But the fondest of memories involved floating. We had various methods.
We used rubber rafts, inner tubes and sometimes even an innovative hybrid that involved a logging skidder tire tube with a circular piece of plywood laced into the center. Two riders, each with a paddle, would ride horse-style on the edges and a 12-pack would rest comfortably in the center on the plywood.
We all knew the fast moving current had its perils but we never let such worries stop the fun.
One afternoon, about eight or nine of us in two different rubber rafts, put in near Stoner Creek and were planning on floating our way down to the town of Dolores.
A few miles down river from our starting point, the guys in the first raft stuck an oar in the bank and lost it. Following closely behind and near enough to see what had happened, the four of us in second raft decided to try and recover it for them.
The oar was directly upstream from a blown-over, half-submerged cottonwood tree that extended 20 or 30 feet out into the current. We pulled in close to the bank above the displaced oar and one of us jumped out the raft while the rest of us tried to hold it steady against the current. The tree snag itself helped us a little with that effort.
But when the guy grabbing the oar jumped back in, the side of the raft dropped low enough to go under the partially submerged tree. And then the raging torrent then pushed the whole raft under the snag. Three of us bailed out of the raft immediately and into the river. However, one of our group remained stuck in between the raft that was pushing up, and the log that was pushing down. Then the raft, half on one side of the log and half on the other, started slowly slipping down the tree and out toward the middle of the river — raft pushing up, log pushing down with our trapped friend grinding along in between.
At one point, another one of us in chest deep water, had to hold the poor skinned-up captive’s noggin above the water by the hair of his head. Finally, after about three or four minutes of this hair raising experience, the raft reached the end of the log and popped free, dropping the log back to the bottom of the river and releasing our slightly-damaged friend with only minor cuts and bruises.
Our close call that day, just like others before and afterward, didn’t seem to keep any of us out of the river very long.
Well, most of us have run into snags in our lives. More than a few times, we have found ourselves up that well-known creek without a paddle. And we all can get bruised and bloodied a little by the current and the rocks and trees we encounter. Whether our troubles stem from our own poor planning or or we suffer as victims of circumstance, it is not always possible to go with the flow.
Sometimes we might have a bad day — or a bad week —or a bad month. But most of the time we just enjoy our trips down the river.

I floated that river hundreds of times and fished it every day it was not froze over. The Dolores River was my best friend and even today living in Arkansas I think about it every day. When I go back to visit the first place I go is to the river because of all the great memories. It is not only a beautiful mountain river, but it was always clear and clean. You do not find many rivers like that anywhere. Thanks for the great memories you write about in your stories.~~Carl Higgins