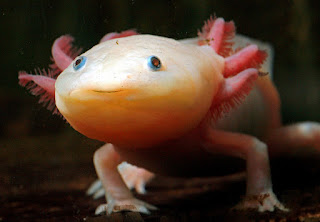 The last of the native wolves disappeared from Colorado in the 1940s. No Grizzly Bears were seen here from 1952 until 1979, when a hunting guide unexpectedly killed one in self-defense in the San Juan range in southwestern Colorado. Wolverines -- maybe they are here and maybe not. But what is the lot of the Torpedo?
Luke Tierney, one of the 13 members of the Russell prospecting party that remained in the gold diggings on banks of the Platte in 1858 (before the Pikes Peak Gold Rush and ‘59ers of the following summer) wrote about the Torpedo in his journal. The book, with help from promoters like D.C. Oakes, Steven W. Smith and others paved the way for the Rush that populated early Colorado.
“… Near a rivulet called Bijou creek … was a pond, about thirty feet in diameter, densely thronged with a singular fish known as the Torpedo. It is of grayish color, has four feet like an alligator, four talons or fingers on the two forefeet, and five on the hinder ones, with one continued fin from tip to tip. Its bite is said to be incurable,” wrote Tierney in the “History of the Gold Discoveries on the South Platte,” published in 1859.
“Bijou” was the nickname of Joseph Bissonette, who was Stephen H. Long’s guide in 1820,” according to historian James McTighe. “Cherry Creek heads about eight miles east of Monument. Exit 161, and ten miles beyond that lies the head of West Bijou Creek.”
In his 1984 book, “Roadside History of Colorado,” McTighe speculates, “The Torpedo most likely is the prairie cousin of the Loch Ness monster.”
Though he does allow, “The creature may not be imaginary. Colorado wildlife official Robin Knox indicates that a mutant form of the Tiger salamander, known as the axolotl, seems to fit Tierney’s somewhat lurid description. Found in ponds thoughout the region, the axolotl is usually eight to twelve inches in length, but like the salamander, is nonvenomous.”
According to the Columbia Encyclopedia, the axolotl is a salamander, Siredon mexicanum, found in certain lakes in the region of Mexico City, which reaches reproductive maturity without losing its larval characteristics.
“This phenomenon is called neoteny; in salamanders it is apparently caused by certain environmental conditions, particularly a low level of iodine in the water, which affect the functioning of the thyroid gland. Axolotls are permanently aquatic, never undergoing the metamorphosis to a terrestrial form characteristic of amphibians. They grow larger than ordinary larval salamanders and develop sexually, but they retain external gills and a well-developed tail,”according to Columbia.
In captivity, the mutant salamander can live as long as 25 years and is fully capable of limb regrowth. The axolotl was not recognized as a salamander until 1865, when several specimens at the Jardin des Plantes in Paris suddenly underwent metamorphosis. After some experimentation it was discovered that when their pools were dried up most of the animals changed into the adult form. Axolotls will also mature normally if fed thyroid gland extract.
“The related North American tiger salamander, Abystoma tigrinum, often exhibits neoteny in the Rocky Mountains, where the iodine content of the water is low. The axolotl has a broad head and bushy gills; its skin is a black-speckled dark brown. It may grow as long as 13 in. (33 cm), ” says Columbia.
In certain area of Mexico axolotls are considered delicacy when roasted.