Such large-scale advertising was not welcomed by all

Although they weren’t compelled to advertise it, most of the Cusack family’s money originally came from selling space on billboards. With some of that scratch, they built some of the most notable landmarks in the area, including Marigreen Pines and Chapel of the Holy Rosary.
“Thomas Cusack started out in business in the East as a wagon painter from which he turned to sign painting in 1875, and then made a fortune in the outdoor advertising business,” according to Virginia McConnell in her 1963 book Ute Pass Route of the Blue Sky People.
“Starting in the 1870s and 1880s, large advertising posters began to appear in American cities along elevated railroads and streets, and the first companies leasing outdoor space were formed.” says the New York Historical Society. The Cusack family was a pioneer in that business as they branched out from the Chicago area.
“As automobiles grew in popularity, outdoor advertising became much more prolific.... Such large scale advertising was not welcomed by all,” according to the society. As a result, efforts by citizens and politicians attempted to limit this activity.
One such effort traveled all the way to the U.S. Supreme Court in 1917, in the famous case of Thomas Cusack Company v. City of Chicago. Cusack’s company argued that a Chicago city ordinance governing the erection and maintenance of billboards in that city, was unconstitutionally restrictive.
“Upon the question of the reasonableness of the ordinance, much evidence was introduced upon the trial of the case, from which the supreme court finds that fires had been started in the accumulation of combustible materials which gathered about such billboards; that offensive and insanitary accumulations are habitually found about them, and that they afford a convenient concealment and shield for immoral practices, and for loiters and criminals,” wrote Justice John Hessin Clarke in the majority opinion.”
Though they lost that battle, they won the war in the sense of still being able secure a massive fortune in the advertising business.
“The Cusack family began vacationing in the Cascade area as early as the turn of the Century, but did not build their Marigreen Pines residence until 1920. According to McConnell, Thomas Cusack had purchased the Cascade Town Company for $100,000 in 1892. For much of the next century, descendants would sell land and provide water for the town from Cascade Creek.
Jan Pettit’s book, Ute Pass and Cascade, Chipita Park, Crystola, Woodland Park, Green Mountain Falls and Divide: A Quick History, notes that Thomas’ son, Frank Cusack planned to develop a series of hunting quarters that would eventually hook up with the Broadmoor Hotel in Colorado Springs via trails and had the company build a hunting lodge on top of Pyramid Mountain.
Pettit says the Chapel of Holy Rosary was built in 1931 as memorial to Thomas and Mary Cusack by their children and that structure over looked the site of the former Ramona Hotel. Thomas Cusack purchased the Ramona and tore it down with the intention of rebuilding it, according to information submitted by Rowenna Blum for use by the USGenWeb Archive Project. Cusack had hoped to build a smaller, more modern structure with a Spanish design but died before the project was completed. 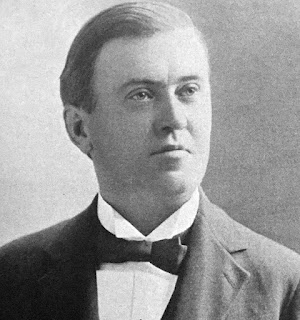