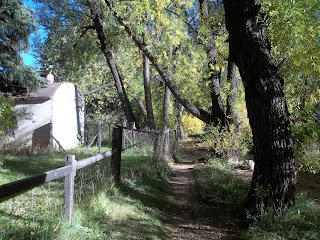 'The first rule is never throw anything away.'

Sometimes in February, I remember something from television icon Mr. Rogers, and think of Oscar Lindholm, and his conservative ways.
It has been almost 10 years since Oscar's death, but still I have an overwhelming desire to recycle some of his blacksmith/ferrier wisdom, from time to time.
“Often when you think you’re at the end of something, you’re at the beginning of something else,” the Mr. Rogers character said of being truly conservative.
For Oscar Lindholm, it might have been an old horse shoe or a piece of railroad track, or maybe even a bull’s skull. But he’d squirrel it away for use later because he didn't believe in wasting anything.
“In blacksmithing,” Oscar told me more than a decade ago. “The first rule is never throw anything away.”
And he didn’t. For years he has scanned magazines like Western Horseman for ideas on things to make from scrap metal, old horse shoes, salvaged wire etc... Gate latches, boot jacks, toys, wall art, paper weights, dinner bells are just a few of his repertoire.
Oscar, born on April 12, 1916 in Holmquist, South Dakota, passed away at the age of 93, on February 7, 2010. Having joined the US Army in 1936, he was awarded the Bronze Star and retired as a CW03 in 1957. While in the Army, Oscar married his wife Elsie Alexander in October of 1940, and they had four wonderful children. He spent many years perfecting the craft of "horse shoeing" in which he became very well known as the area's "Horse Shoer."
He is buried in Woodland Park Cemetery.
Oscar’s carried his unique smithy’s devotion to anti-waste and conservation habit since he first learned to shoe horses for the army back in the ‘30s. He told me, he remembered it well,  learning the trade.
“When you first start, the more you hammer, the worse it gets.” says Oscar about his initial solo horse shoeing at Fort Mead, South Dakota for the Fourth Calvary in 1936. “I was sweating and swearing pretty good in both Swede and English,” he said and as Sergeant Sears, his superior at the time noted, “I guess he’ll make a pretty good blacksmith, he got the language right already.”
Items made by Oscar still adorn residents and business in the Pikes Peak region from Cripple Creek to Black Forest — Colorado Springs, Woodland Park and points in between. He said he once was able to knock out five or six projects a day.
But in his later years, he complained a bit.
“Anymore, I’m getting nothing done. That’s what you get for living too damn long.”
And as far as social commentary on general conservation policy. “Nowadays you get a million dollars from the government to redo it, blah, blah blah. That’s progress.”
Asked what he does with completed art work —if he sells items or not?
“Sell them. Then I would have to make some more.”
Oscar lived in same house in Green Mountain Falls from 1956, until shortly before his death. He retired from the Army in 1957. He and his wife, Elsie, raised their children there. She has been gone for 30 years. “But she has the best view of Pikes Peak in the cemetery,” he says of her resting place in Woodland Park Cemetery.
He told me at time, all those years ago, how proud he was of his grown children, Myrna, Marjorie, Larry, and Wayne, the later who he notes “doesn’t say much but is the best damn electrician in the United States.”
He also said he could tell you how long every item in his place in Green Mountain Falls has been there. The folks that knew him from his daily visits to the Pantry, or the Old Pub, in GMF, still recall him fondly.
All those years ago: In the living room there, sets a his prized rocking chair that he purchased in Atlanta, Georgia in 1947. “I had it fixed a few years ago and now it’s better than ever,” he told me more than a decade ago. The TV set that quit working 20 years ago is still there on the chance it can be fixed. And a pair of horns from “Old Tex” a bull’s head he salvaged from Mueller’s Hereford ranch. The skull itself rode above his work shop.
His white pickup, a 1973 Ford F-100, rested outside with various projects in various stages of completion. “I quit driving it a year ago,”  He told me nearly a dozen years ago, during one visit.
His favorite things were also there at the house, like rope makers that he’s made and is one of only a few who knows how to use it. And an old Cavalry bridle stamped with the Fourth Calvary, Machine Gun Troop designator, and shoes from Budweiser Clydesdales, and various items picked up “back when I used to drink beer.”
Things like the sign that he wanted the city of Green Mountain Falls to put up that says “This is God’s country, don’t drive like hell through it.”
He told me however, in 2006, he hadn’t drank beer since he stopped 23 years ago.
But his workshop was still full of pieces of iron, and steel — scraps of this and that, all things waiting for new uses at the hands of the ultimate recycler, Oscar Lindholm. That true conservative blacksmith wisdom, and Oscar's easy smile and stories, still have a place, and likely will come up once again, from time to time.