May love and laughter light your days 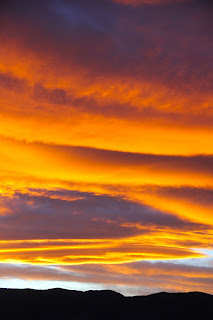 Christmas and Irish go way back in time


“Tis the season. There is a long-standing Irish tradition that, just before Christmas, you start cleaning out everything. Give everything a good scrubbing. Clear the clutter. Sweep out the carriage house and the front walks. Clean the barn. Paint or whitewash the outbuildings. Mop the floors. Change the curtains. Wash all the linens. Make sure the windows are spotless.

Some say it is to make ready for the Christ child, the new-born king. Some pass it off as preparing for Father Christmas.

The Sioux tribe has a custom, though not necessarily exclusive to this time of year, of calling over all their friends and perhaps a few enemies, and giving away most of their belongings. Just start handing stuff out, the more valued the possessions, the better the person holding the giveaway is reported to feel.

Nothing says it is Irish Christmas time more effectively than a Bing Crosby carol.

“One of the more surreal moments in pop music history took place Sept. 11, 1977, when the leading American pop star of the first half of the Twentieth Century met and performed with one of the more innovative rock 'n’rollers of the last half of the century,” writes Steven Lewis of the Bing Crosby Museum.

According to Lewis, it was Crosby’s idea that he and rocker David Bowie would perform “The Little Drummer Boy” as a duet but Bowie felt the song did not showcase his voice very well. As a compromise they added “Peace on Earth,” which suited Bowie’s talent very well.

“The two musical spokesman of different generations met for the first time on the morning of the taping, rehearsed for an hour and finished off their duet in only three takes,” writes Lewis.

Crosby died a month later and the public did not get to see the performance until after his death.

But of course, a lot of things Irish have roots in Christmas history.

The Celtic festival of Alban Arthuan celebrated the Winter Solstice on December 21 in ancient times. It is, according to lore, the ancient Druidic fire festival and apparently translates as “The Light of Arthur, in honor of legends that hold King Arthur was born on the Winter Solstice. It is also called Yule, derived from “Yula,” or “Wheel of the Year’ that marks the both the shortest day and the beginning of the return of the sun, according to Clans of Ireland, Registered Charity No. 11585. The custom of burning the Yule Log is perhaps the most familiar surviving Yule tradition.

But the Irish offer us other traditions that warm the heart and tickle the imagination. Among my favorites is the candle in the window.

A lighted candle is placed in the window of a house on Christmas Eve to welcome Mary and Joseph as they travel looking for shelter and to indicate a safe place for priests to perform mass as, during Penal Times this was a major concern. Another element of that custom was that the youngest in the house was to light it and only a girl named ‘Mary’ could extinguish the flame.

Also the placing of Holly on doors is directly connected to Irish history as it flourished during the Holiday season and gives the poor ample means with which to decorate their dwellings. According to Ireland Information.com, “All decorations are traditionally taken down on Little Christmas (January 6) and it is considered to be bad luck to take them down beforehand.

In the interest of cleaning things out and giving things away, may peace and plenty be the first to lift the latch on your door, and happiness be guided to your home by the candle of Christmas.

Finally, I recall my Grandfather’s Gaelic greeting shared in the pubs with cowboys and Irish miners on the Western Slope during the season, signifying ‘Merry Christmas,’ in the Celtic fashion. Though he did so in Sioux and German, and English, as well.

‘Nolliag Shanoa Duit’ which is pronounced as ‘null-ig hun-a dit.’
Posted by ___ Restless Native at 6:36 PM