Leader from a very young age 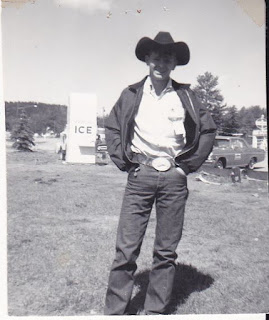 
Eric V. Dickson – by all accounts, was a leader from a very young age – and Woodland Park student who joined the Marine Corp after graduation in 1967.

“The cold and harsh fact that an undeclared war in progress thousands of miles from Teller County has struck. And with a terrific impact, one which will perhaps never be fully understood,” said the Courier at the time.

“Although the confusing Viet Nam conflict has been under way for more than 10 years, it had, until last weekend, received little attention in this area. Many residents have extended sorrow to relatives and friends affected by the war, But Teller County had not given up one of its own,” the Courier said.

The U.S. Defense Department telegram read: “Lance Corporal Eric V. Dickson, a member of B. Company, First Battalion, First Marines, was killed in action near Quang Tri, Republic of Viet Nam, when he received fragmentation wounds to the body from a hostile explosion device while on patrol May 31, 1968.”

“Eric is Woodland Park’s hometown hero to many of us that are still around and remember him with love. His death was incredibly hard on all residents of the area at the time. He was very well known and respected by everyone, young and old,” said longtime area resident Steve Plutt several months ago.

“Back then, Woodland Park was a very small town compared to today. A beautiful memorial fountain was erected in his honor right on Midland Avenue where everyone could see it all the time. It was right across the street from the Ute Inn. The Marine Corp even sent an Honor Guard up here when that fountain was dedicated,” Plutt said.

“As the years past however, times changed and suddenly, not many if any, city leaders knew or had heard of Eric. Our war memorial for Eric fell in disrepair by lack of maintenance from the city and then was vandalized. Soon, it seems that it was in the way of progress and was finally torn down and a public toilet was erected in its place,” he said.

Cause for corrective action.

The group hopes to raise the money to pay for, build and dedicate a new tribute to Dickson on National Vietnam War Veterans Day, March 29, 2018. That will also mark the 50th anniversary of Eric’s death. They are trying to raise a modest $75,000.

“We are a newly formed organization committed to erecting a memorial to a Woodland Park man killed in action in Vietnam in 1968. He was Woodland Park and Teller County’s only death in that war. We are raising money to have a life sized bronze of Mr. Dickson commissioned and placed in Woodland Park,” Steve Storrs, also of group, said this summer.

“Eric Dickson volunteered to serve his country. And he did so without fear, in order that each of us might have a better life in the trying days ahead. We must not let his efforts be in vain,” said the Courier, back in 1968. 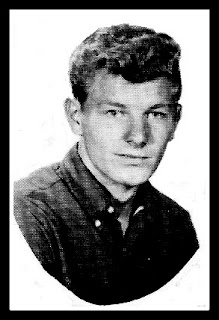