It really is a small world, after all. 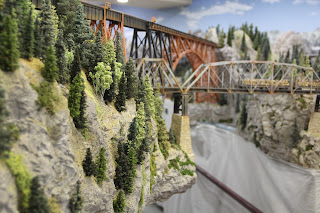 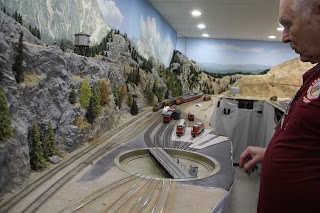 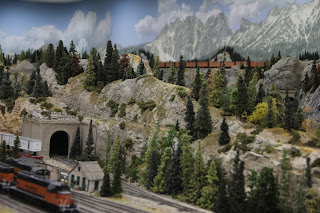 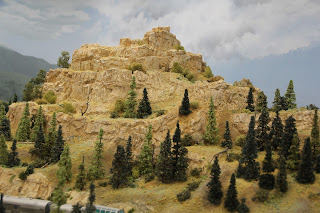 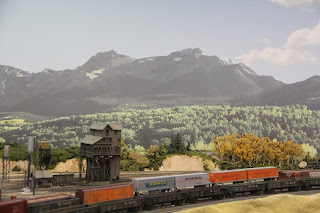 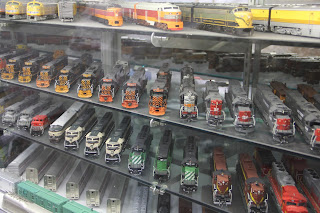 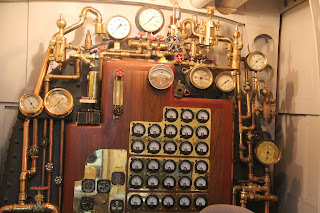 
It really is a small world after all. And there is no place that more starkly defines that, than Bob Bandy’s basement in Gleneagle. Nearly 6,000 feet of track, 1/87 the size of their real-world prototypes, operating on its own power grid, spanning the last century of railroad and engineering technology and history, at the same time. Also, nearly 20 years in the making. And it is not finished yet.

If you have wandered around the country, looking at architecture, and land forms, and transportation corridors, it might all seem oddly familiar. There is Vedauwoo, an area of rocky outcrops (Sherman Granite) located in southeastern Wyoming, north of Interstate 80, between Laramie and Cheyenne. Its name, according to some, is a romanized version of the Arapaho word "bito'o'wu" meaning "earth-born."

As you sneak through the canyons between tracks, you will recognize Pulpit Rock, locally. And mining operations on the Eagle River in Colorado, Mount Sneffels, down in the corner of the state, and the Sinclair refinery in southern Wyoming.

But complex bridges in Northeast are there too. Locations in Montana. And lumber operations in the Pacific Northwest, and places in California. The whole transportive world of the last century seems to be in that basement.

And the detail. Locomotives of every stripe. Trucks that no one remembers. Shipping containers with pioneers of shipping industry’s branding. Buildings that no longer exist in real life. People and scenes from long ago. Don’t waste your time trying to fact-check something Bob tells you about railroads in this lifetime, however. He can explain more about how this country’s economies function, and the tax structure works, in hour of railroad wisdom than the “Oracle of Omaha.”

As Bob says, “It is a time for traditions and celebrations. Let us be a part of your Christmas tradition and help us by celebrating the completion of another year of projects on the Grand Pacific Northwestern Railroad.”

“We thank you for your support. It is you who tell our story. Join us this Christmas season, and see the Magic,” he says.
Posted by ___ Restless Native at 6:09 AM