Words remembered, games called, spell it out, and Paul Simon on Spotify 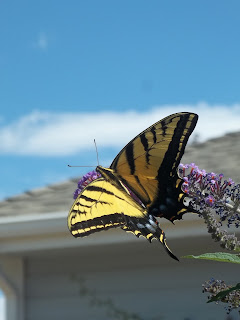 That is how it goes, and that's how it went


By Rob Carrigan, with lyrics from Paul Simon, robcarrigan1@gmail.com

Thought about a poker game, maybe 30 years ago. Right now I'm in my comfortable chair, listening to Paul Simon on Spotify. Trying to think in story form. The words are sometimes friend ... sometimes foe.

In a couple of days they're gonna take me away
When the press let the story leak
Now when the radical preacher comes to get me released
Appears all on the cover of Newsweek
And I'm on my way, I don't know where I'm goin'
But I'm on my way, takin' my time, but I don't know where
Goodbye to Rosie, the queen of Corona
Seein' me and Julio down by the schoolyard
•••
http://coloradorestlessnative.blogspot.com/2012/11/a-guy-with-sense-of-humor.html
A man walks down the street
He says why am I soft in the middle now
Why am I soft in the middle
The rest of my life is so hard
I need a photo-opportunity
I want a shot at redemption
Don't want to end up a cartoon
In a cartoon graveyard
Bonedigger Bonedigger
Dogs in the moonlight
Far away my well-lit door
Mr. Beerbelly Beerbelly
Get these mutts away from me
You know I don't find this stuff amusing anymore
If you'll be my bodyguard
I can be your long lost pal
I can call you Betty
And Betty when you call me
You can call me Al
•••
http://coloradorestlessnative.blogspot.com/2010/01/blue-bears-story-and-good-man.html
Kodachrome
They give us those nice bright colors
They give us the greens of summers
Makes you think all the world's
a sunny day
I got a Nikon camera
I love to take a photograph
So mama don't take my Kodachrome away
•••
http://coloradorestlessnative.blogspot.com/2008/06/picture.html
Now I sit by my window
And I watch the cars
I fear I'll do some damage
One fine day
But I would not be convicted
By a jury of my peers
Still crazy after all these years
Still crazy
Still crazy
Still crazy after all these years
•••
http://coloradorestlessnative.blogspot.com/2011/08/count-on-it-if-you-want-trout-for.html

The Mississippi Delta was shining
Like a National guitar
I am following the river
Down the highway
Through the cradle of the civil war
I'm going to Graceland
Graceland
•••
http://coloradorestlessnative.blogspot.com/2008/06/raft-of-trouble.html
And I could say Oo oo oo
As if everybody here would know
What I was talking about
I mean everybody here would know exactly
What I was talking about
Talking about diamonds
People say I'm crazy
I got diamonds on the soles of my shoes
Well that's one way to lose
These walking blues
Diamonds on the soles of your shoes
•••
http://coloradorestlessnative.blogspot.com/2011/02/place-is-part-of-my-heart.html

"Maybe you should play a round of three-toed Pete, to build up your reserves, so you don't have to set the rest of the night out," I said, trying to be helpful.
"Nonsense!" you cried. "Seven card no peek, twos, fours, whores, one-eyed Jacks, and Kings with an axe are wild."
And that is how it went.