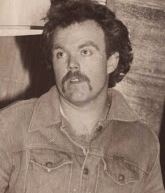 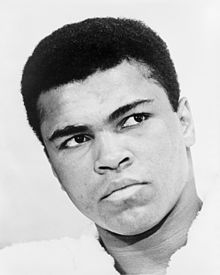 Out there on the green prairie, in the Akron Cemetery, there is a black and white marker, that says, among other things, "Think good things."

I remember the last time I was there. Though I don't think the marker was there then, yet. It was more than 20 years ago, at the end of August.

A young man's sons were turning loose balloons. They floated so, so slowly, up into that blue and grey prairie sky.

The green grass around cemetery, the man had watered and trimmed in previous summers. The people gathered that day, the man had somehow touched. "Loving husband, father, teacher, coach, fireman and friend," says the black and white marble.

Lynn Leavell was a great friend of mine, and I certainly 'think good things,' as I remember him today.

Over the years since his death, I have written a number of things about him.

And oddly enough, I have written about writing about him.

I think that is true because Lynn Leavell, the person,— and writing, the practice, are truly my two oldest and best friends.

“Friendship is the hardest thing in the world to explain. It's not something you learn in school. But if you haven't learned the meaning of friendship, you really haven't learned anything,” said Muhammad Ali.

Politically, I would not get along with any of you. Your definitions of right and wrong, generally don't completely fit my odd take on things.

But over the years, I have learned not to be concerned about that too much.

“All opinions are not equal. Some are a very great deal more robust, sophisticated and well supported in logic and argument than others,” noted Douglas Adams, author of the 'Hitchhiker's Guide to the Galaxy.' series.

And some friendships are that way. Extraordinary. A great deal more robust, sophisticated and well supported. My friendship with Lynn Leavell was such, I think.

To be completely honest, I never worried about what the man thought. I doubt if he concerned himself with my opinions. It wasn't part of the algebra.

Maybe Cassius Clay was wrong, and we did learn some of that in our own sort of "school."
Lord knows, we went to the same 'classes' — both in formal education, and by virtue of 100-feet difference of location and time frame.

Cassius Clay was born and raised in Louisville, Kentucky, and began training as an amateur boxer when he was 12 years old. At age 18, he won a gold medal in the light heavyweight division at the 1960 Summer Olympics in Rome and turned professional later that year. By 1964, still just 22, he won the WBA, WBC, and heavyweight titles from Sonny Liston in a big upset. Clay then converted to Islam and changed his name from Cassius Clay, which he called his "slave name," to Muhammad Ali.

Lynn Leavell was a big fan of Ali, whether he would say so, or not. His Grandfather Paddy, sure cussed him however.

But Paddy was pretty animated anyway, when there was a boxing match on. I remember him getting right up there, in any pugilist's face, when boxing was on the TV screen.

Strangely, I always thought Lynn Leavell looked a little bit like the Cassius Marcellus Clay Jr. of old. The even, bushy eyebrows and strong jaw, and that faraway look in his eyes. The air of determination.

Because Ali was one of the most significant and celebrated sports figures of the 20th century, Lynn Leavell was sure to have an opinion of him, because, from the cradle to the grave, Leavell was nothing — if not a sports fan. He lived and breathed sports. He thought about it night and day.

He idolized Vince Lombardi. “Winning isn't everything—but wanting to win is.”
Unfortunately he also liked the Dallas Cowboys, but that was in the days Roger Staubach and Tom Landry, and that can be forgiven.

By virtue of a weird, lagging birthday, Sept. 15, 1962, he was unable to play Little League baseball as soon as most of his classmates, despite being the biggest kid, most of his way through grade school, junior high and high school. By his last year in Little League, no one wanted to pitch to him, because he would knock it over the snow fence in center field, at about three out of four "at bats."

The last time I saw him, back in 1997, was that summer before he died, and Rusty Hector and I made a road trip up through that green prairie country of Washington County. It is hard to believe he's been gone that long. It is sometimes hard to believe the rest of us are still here.
But maybe it is good to get right up there in any pugilist's face, when boxing is on the TV screen.

"Think good things," the stone says. It is right there, written in the stone — in black and white.