He truly was a legendary figure 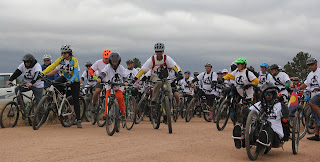 There are no words that anyone can use to really express how senseless and tragic the murder of Tim Watkins was. As time goes on, and still no answers, frustration and pensive sadness deepens.

Without exception, the people I talked to that knew him, described him as a pure and gentle soul. Folks that had wandered into Watkins' Balance Rock Bike and Ski, his shop that was at various locations in Monument and Woodmoor, ended up with years of stories of kindness and respect. Those that had met him only a few times -- same story.

In the realm of the biking community, locally, nationally, and maybe beyond that as well, he truly was a legendary figure.

Many of the bike trails near Monument, Palmer Lake, Southern Douglas County, not only were created by him, but bore the marks of decades of Tim Watkins maintenance.

John Crandall, owner of Old Town Bike Shop where Tim had been working since July, described the biking community as unique in this area, always willing to help out, and Tim Watkins seemed to be the poster child of that attitude, he said.

Crandall said he had the good fortune of knowing him for years, prior to hiring him for his shop on Tejon that has been in business since 1976.

“I knew him for 20 years at least, before he worked here. I think he was working at Criterium when I first met him, but also worked with him a lot when had the shop in Monument area,” Crandall said.

“What I noticed, was a lot of mutual respect between him and mountain bikers in the area. It was like a reunion, whenever long-time bikers came into the shop and saw the Tim was working here. He was always very helpful, and very humble.”

Jeff Tessier, of Tessier Custom Bikes, (and also works at stamp engineer at Johnson & Johnson Synthes here in Monument), designed and built the bike that was found about 40 feet from Tim’s body.

“I think it was the third or fourth bike I built,” Tessier says. I build very custom bikes designed with a person specific geometry. I sought him out when I started building them because he was so well-known, such a legend. I hoped he would let me build him a bike for him.”

Tessier said he knew him, at least since high school at Lewis Palmer, having graduated in 1980, and working on Space Shuttle parts in a Denver operation, before signing on as Synthes 28th employee in 1981. Tim also was an Lewis Palmer Graduate, and Watkins father was the librarian there when he went there, said Tessier.

He said overtime, in addition to Tim’s custom Titanium framed bike, he machined special parts for Tim when he owned the bike shop, first located in Woodmoor Center, then west of JJ Tracks on Third Street in Monument, and finally over on Second Street and Beacon Lite.

“We would always ride, talk about how bikes work, and what trails to ride. I don’t know how many times I have been out riding and come up on Tim out there working on the trails,” Tessier said.

Sam Kimball, General Manager of J.J. Tracks Tire and Wheel, remembers him the same way, “Friendly, easy-going, always a smile and always willing to give advice on bikes or skiing to the guys working here.”

James Barows, who has known Tim for more than 30 years, recalls the time in Moab when Watkins and Mark Covington waited with for three hours prior to a helicopter ride out of the desert, when he broke his leg. Barows who also works at Johnson & Johnson Synthes, says he and Tim also shared the same birthday.

Kalan Beisel, who organized the ride in honor of Watkins in Red Rock Canyon Open Space on Monday of last week, called him “Happy-go-lucky always” and was planning on doing the “Airplane Ride” soon, which takes off near Palmer Lake, on through difficult terrain, into the site of a downed airplane.

Beisel says there is a lot of concern now for public safety. “It is creepy. I am afraid I will have to think twice before going out, especially on Rampart Range Road, Old Stage Road, and Mount Herman.”

Jon Severson, a friend of Tim’s and fellow trail rider, says that is where part of the real tragedy lies.

“That would break Tim’s heart I think, him knowing that, because of one maniac, or whatever really happened, people had to look over their shoulders, and no longer felt safe on the trails he passionately rode and maintained for decades.”

Of course, the hope is that law enforcement quickly finds out whoever did this, says Tessier.

And gradually, we can then try to begin to find some solace with what has happened.

I guess it is vital to understand we have a legal system, not necessarily a justice system. For some, the only justice would be to have the legend Tim Watkins back on his bike, on the trails, always with a smile, helpful and humble. Acceptance is a process, or a ride we are on, that we must experience. Not a final stage, with an end point. 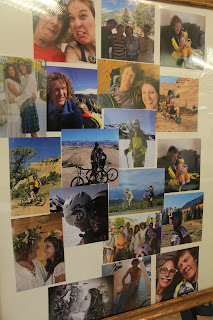 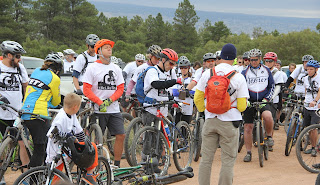 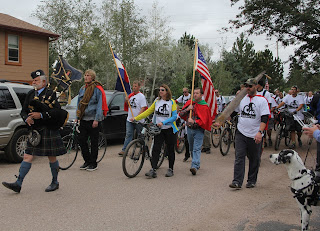 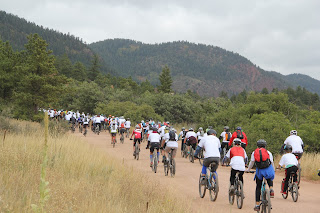 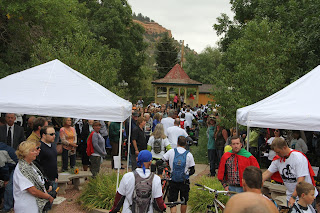 What a fantastic depiction of the character that was Tim. He gave his all to the good of all communities. A good man in the ultimate sense.

I knew him for long time. He always lit up to see me. I know he thought I was one of a kind. I would stop in just to buy things to keep him keeping on. He always made time for my short visit. Super cool guy. Roberto