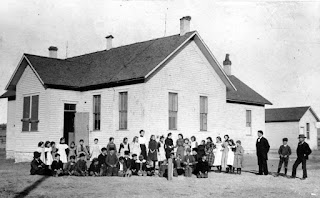 and the ‘negative factor’

I have been hearing a lot about “the Negative Factor” in certain circles regarding school funding in Colorado. No surprise. It has been talked about a lot for nearly a decade now. At a Kiwanis meeting last week, one fellow gave it another name, and called it “a recipe for bankruptcy for the state.” Time now to pay attention.

“The “negative factor” is a provision in state law that reduces the amount of total program funding and state aid provided to K-12 school districts,” said Josh Abram of the Colorado Legislative Council Staff in an issue brief in December 2015.

The economic downturn beginning 2007 reduced state operating revenue from income taxes and the state sales tax and, as result, the General Assembly faced shortfalls across all functions of government.

This, despite a constitutional amendment passed by Colorado voters in 2000, that required the base per-pupil funding amount to increase yearly by at least the rate of inflation.

The second constitutional change came with Douglas Bruce’s TABOR Amendment, approved by voters in the state in 1992. TABOR limits the amount of revenue that can be collected and retained by school districts in a given year. The limit is equal to the prior year’s revenue increased by inflation plus student enrollment growth. TABOR also requires voter approval for an increase in the the district’s mill levy or an increase in assessment rate for any class of property, including residential property.

Finally, Amendment 23, approved by voters in 2000, was designed to increase public education funding in Colorado and requires statewide base per pupil funding and total funding for categorical programs increase by inflation at least. It also created the the State Education Fund and transfers to the fund an amount equal to one-third of one percent of federal taxable income from the General Fund, exempt from TABOR limits.

But that is not all, folks.

As result of the 2008 recession, the General Assembly struggled with less revenue and the constitutional requirement for increasing the per pupil base for K-12 public education. In the 2010 legislative session. In House Bill 10-1369, the legislature introduced the “negative factor” which reduced the state’s share of public education funding.

“Imposition of the negative factor functionally changes the role that state aid plays in the context of school finance,” says Marc Carrey, Economist for the State in a March 1, 2017, Colorado Legislative Council Staff brief. “Instead of letting total program be formula-driven with state aid covering whatever gap exists between total program and the local share, the negative factor allows the General Assembly to determine the funding level it can afford and budget the state’s overall contribution to school finance.”

“The ability to replace negative factor funding reductions with local override revenue varies widely across school districts,” says Carrey. “60 districts had not authorized any mill levy overrides. This may be because the district never asked its voters to approve an override, or because the voters declined to authorize an override. Districts with relatively low property wealth are limited, as the mill levy required to generate significant revenue can be prohibitively high.”

I anticipate the discussion will come up a lot in the next few years. Some suggest a constitutional rewrite, that no longer allows the easy change of the document., hopefully sparing us from Amendments that conflict, such as Gallagher, TABOR and Amendment 23. Others suggest different drastic measures aimed at a fix. Something is probably going to have to be done. As noted earlier, it is time to pay attention.