More than a memory 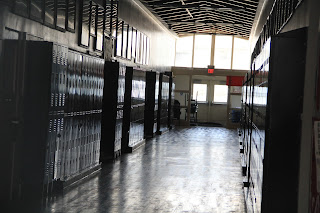 History lesson that we are doomed to repeat

Everyone that knows anything about me, sees my love of history, and breathes in the nostalgia in my airspace.
It is my wistful or excessively sentimental yearning for return to or of some past period or irrecoverable condition. As many have said, Algos means "suffering." So nostalgia, according to Milan Kundera, is the suffering caused by an unappeased yearning to return. It is strange how we hold on to the pieces of the past while we wait for our futures.
But to counter, Marcel Proust noted, “Remembrance of things past is not necessarily the remembrance of things as they were.”
Today, as I write this and reflect, May 4, on the 47th anniversary of the Kent State killings, I follow my memories where they take me.
Last classroom on the south, upriver side; warm enough that windows all had to be opened, like flapping upside-down bird wings in the spring, strategically positioned to allow sight recognition of anybody in the parking lot, coming or going.
Brian Tobin, with hair matted on one side and askew on the other, rants about screaming Arab regulars, voting early, often, and some story about fishing with hand-grenades as a Marine in Vietnam.
Post WWII History, with William E. Leuchtenburg's first, or second edition of "A Troubled Feast: American Society Since 1945," and your choice of other supporting readings. I chose Hunter Thompson's "Fear and Loathing on the Campaign Trail, 1972." Classic. More than a writer, Gonzo loaned his press pass to one of his derelict friends, who in turn, made "Big Ed" Muskie cry publicly on the back of the "Sunshine Express."
But in the regular text, the photo on page 5 is the iconic shot for Life Magazine of the sailor in full uniform kissing a bowled-over nurse, also in dress whites, on the streets of New York. Consumer Culture and the Cold War, first chapter.
The Man from Missouri, "Truman brought to the task a mixed assortment of talents, sentiments, and personal qualities. None doubted his grit. He made bold decisions quickly and executed them briskly. However, he was generally unreflective, sometimes cocky and brash," wrote Leuchtenburg.
By the end of the semester we could quote the lyrics from the Eagles' Hotel California and noted that, if Rip Van Winkle had fallen asleep in the Eisenhower years and awakened with Carter in the White House, he might think that nothing has changed.
Russel Baker said it this way:
"The growing public absorption in the hedonism of public pleasure and private consumption -- the hunt for the ideal restaurant, the perfect head of lettuce, the totally satisfying human relationship" were "the current equivalents of the Eisenhower age's passion for big tail fins, drier martinis, darker steak houses and cozier evenings with the family."
Everyday, we would drift down the hallowed hall of Dolores High School, past the class pictures of earlier classes that would stare down at us, disapprovingly, from above the grey lockers, and filter into that last classroom. We would serve our time, burn our hour, as history and the odd Jedi master tried to interest us in the lives that we were likely to live, the government we were destined to deserve, the place in the cosmos we were to choose and accept.
My good friend Rusty Hector graduated the year before I did, and tells the following story:"Brian Tobin -- I think my senior class with him was American Government. If I recall correctly, it was the final day of class and school year. His parting lesson went something like this...'If you remember nothing else from this class, remember this. As Seniors you feel you are invincible. When you start getting all puffed up and full of yourself I would ask you to fill a 5-gallon bucket with water. Stick your arm in the water, all the way down so your elbow is submerged! Remove your arm from the bucket. And that voided space in the water is how much they will miss you when you are gone.'"
According to Hector, "From time to time I still share the story, (recently with a coworker actually). I think it is a great reminder of humility."
Did I learn a lesson? Are my eyes open? Am I doomed to repeat? Can we make America great again? Or was it really that great in the first place?
"My history had been composed to be an everlasting possession," according to Thucydides. "Not the show piece of an hour."
History is mine to make, I learned in the hour. As I sat there there, next to young men and women that would fight their own wars, park nose-to-street in anticipation, and for easy access to the battle, select their own public pleasures.
It was more than a memory for me then. Still is.
Posted by ___ Restless Native at 7:16 AM