Father of a lot of things, Pring moves to local history forefront

He found the place a barren waste, without, apparently, enough upon it to keep a rabbit alive.

Timing is about right to talk about John William Pring.
I say this because it is close to Fathers Day, and this fellow's local history as the father of Pring Station, the first John Deere Hand Corn Planter, the Colorado draft horse industry for dairies, the beginnings of the gold rush in Cripple Creek, and (with his wife Mary Jane Beer), nine children.
"Pring Station was three miles south of Monument," writes Lucille Lavelett in 1979, in her book Monument's Faded Neighborhood Communities and Its Folklore. "The land was bordered on the east by the Santa Fe railroad, and on the west by the Denver & Rio Grande Railroad. The only public buildings it has were the depot and and the one room school."
In today's world, if my calculations are correct from Second Street in Monument, that puts it right about where the new roundabout is at the intersection of Baptist Road, Wood Carvers, and Old Denver Highway. It is a happening place with the new Forest Lakes development, the new railroad overpass improving access out through Hay and Beaver Creek.
John Pring was able to get a lot done in his lifetime. Apprenticed as a carpenter, and later a contractor and builder in Devonshire, England at 15,  as a young man he built stores, houses, hotels and even became the personal cabinet maker for Queen Victoria.
But by 1871, he had migrated to America, bought the Utility Works in Rock Falls, Illinois which manufactured wooden items, but sold that after two years. By the Centennial year (and statehood for Colorado) he purchased, sight-unseen, a 240 acre tract that was later to become the area around Pring Station.
According to obituary accounts in local papers, "He found the place a barren waste, without, apparently, enough upon it to keep a rabbit alive. Although making up his mind that he had made a most unfortunate trade, he determined to settle here. He at once began to cultivate and improve the land, upon which he engaged in stock-raising and general farming. Since then he has brought the tract under irrigation, built fences around it, and erected substantial farm buildings, so that the place has been made one of the best farms in El Paso County. It is situated fifteen miles north of Colorado Springs, on both the Santa Fe and the Denver & Rio Grande Railroads, at Pring Station, which was named for him. His specialty has been the raising of graded Shorthorns. Prior to his removal to Colorado Springs he engaged in the dairy business and for seven years furnished the milk for the Antlers' hotel, whose bill amounted to more than $18,000. Shipments of milk were made over the Rio Grande road. In addition to this place he owns a farm at Gwillimville, five miles east of Monument, where his son superintends the cultivation of the four hundred and forty acres comprising the estate; and he is also the owner of three other farms in the same vicinity, all of which were improved by himself."
Lavelett said he invented the first hand corn planter and sold his invention to the John Deere Implement Company. I called Archivists at John Deere, an so far, haven't be able to secure the details of that transaction, but  because of relationships with Utility Works (mentioned earlier) and John Deere strategies at the time, it is no surprise. "The money he obtained from selling the invention he used to purchase more land," Lavelett said.
"Since coming to Colorado he has given his attention principally to raising draft-horses, graded stock, and to the dairy business, in which he has been successful. His home is now at No. 318 West Kiowa street, Colorado Springs. When the Cripple Creek excitement began, he was among the first in that district, and is still interested in mines there, owning the Bonnie Nell and Raven Hill, and having an interest in other claims there. In political views he is a Republican. He takes an interest in public affairs, but has always refused to accept public office," obituary accounts said in several local papers in November of 1922, shortly after his death.
Ranches on Hay Creek and Beaver Creek continued to prosper in the last century and at one-time the 1065 acre ranch on Beaver Creek belonging to Barry Hill then, was being considered as a purchase by Town of Monument for water rights.  It is not clear to me from Lavelett's records, but possible, that a railroad tank from Pring Station might have still been in use by Town of Monument as recently as 1979.
"When the railroads stopped using the steam engines and no longer needed the water, the town of Monument bought the water tank and is the tank the town uses it for water storage," she said in 1979. "This storage tank is near the Number Two well near the Lamplight restaurant." 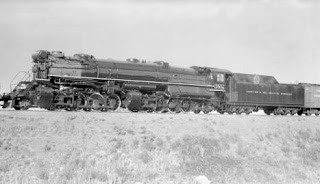 Photo 1: A herd of Elk inspect the new bridge built on the edge of what was once Pring Station.