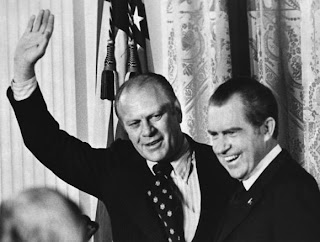 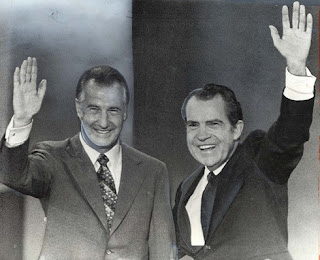 “In history as it comes to be written, there is usually some Spirit of the Age that historians can define, but the shape of things is seldom so clear to those who live them. To most thoughtful men, it seems that theirs was the Age of Confusion.”
__ Joseph Wood Krutch, 1954

It was kind of like jogging the five blocks to school everyday for me. Most of the cats I hung out with were physically twice my size, and moved faster. Mark Thompson, Lynn Leavell, James Biard … it is a wonder I could keep up at all.
By the time we hit the Cafeteria at the grade school, I might have been somewhat winded.
It was usually rewarded however. Four days out of five, Granny, or Beulah or Sandy or Mrs., Tobin would offer a warm roll, or bread sticks, peanut butter cookies or perhaps even a cinnamon swirl.
In sixth grade, Lynn and I had a hipster, ski bum of a teacher and we were exposed to all manner of useful skills and new ideas. Big Mark was a year older, and I think, James was in Mr. (Ray) Stevenson’s class.
I don’t know the details of his life, but our teacher, Mr. Doyle Frank, was a bit of a different sort than we were used to. At the time, some of our parents might have called him the dreaded H-word or “Hippie.” He had all the trappings of hippiedom: longish hair, flared pants, strange new ideas, and possibly even a substance abuse problem (but that was long before I could have identified that very well.)
For instance: we explored the idea of winter camping and survival skills by building snow igloos on the exterior lawn and learning how to determine what was up and what was down if ever stranded in an avalanche.
We examined new literature in the form of Tellurider Comic Books. In 1972 when the Telluride Ski area opened, to distinguish itself from other areas at the time, it distributed free comic books that featured a super hero battling his archenemy, the Leveler. The evil Leveler destroyed historic buildings and would replace them with franchises and high-rise condos. The concept was the brainchild of Arnie Grossman and Chuck Bartholomew at their ad agency Grossman and Bartholomew. The two, with artist Jerry Murph, created the Tellurider ad campaign and comic book. The super hero character was said to have been modeled after miner-turned-skier Billy Mahoney. The real Mahoney sold 18 acres, that he paid $500 for, to the ski company for an easy $1 million. Today, if you were to stumble upon the onetime “Free” Tellurider comic books, you might be able to get $200 to $300 on E-bay.
But back to our sixth-grade education regimen…
The Pièce de résistance of our growing knowledge base was the Candle-making project.
The “Candle-making project” was a complicated deal where we were supposed to be learning hands-on, transferable skills that we might be able to use later in life, while at the same time producing marketable product. There were various obvious lessons in marketing, production — but other valuable ancillary instruction might (and did) develop just from tackling such a project.
The specific details, after 40 years, are a little fuzzy, but I remember part of the manufacturing process involved us tying wicks on a broomstick and then dipped these wicks in variously colored wax heated in tin cans by Bunsen burners as I recall. Mr. Frank’s ability to get approval for such a project, or his flaunting of authority to do it anyway, was evidence of the fellow’s considerable abilities of instructional innovation.
With each dipping of the wicks, you would get layers of about a quarter to half inch thick of wild purples, bright pinks, neon greens, lemon yellows, electric blues and vivid green.
The candles with these layers would end up four or five inches in diameter eventually. Then, I think, you took a very sharp blade and cut a chunk out of the center of the candle, fairly deep in the combined layers (almost as deep as the wick), to expose a colorful cross-section of all the different layers of color.
Far out, man!
A high school kid at the time serving as a teacher’s aid, Buddy Coates, helped us with this wonderful project. Coates, who was appropriately hip with the beginnings of a pretty good beard, stylish clothes including flared jeans and Led Zeppelin concert Tee, rounded wire-frame spectacles, and longish hair, provided the context of youth with legitimacy of inclusion. You have to remember, that until recently, we still had troops in Viet Nam, protests in the streets. The President of the United States had resigned in disgrace and the new president learning the ropes, had been appointed Vice President after the former one,  Spiro Agnew, had to resign as well. It was, at minimum, a crisis of confidence.
If I remember correctly, we then sold or auctioned off our wares (the multi-colored candles) for tokens and then we had some sort of final auction for “fabulous prizes.” Many of the “fabulous prizes” were pretty cool. Tellurider action posters, a down vest (that Frank had made himself), funky homemade jewelry, winter survival equipment like waterproof match containers.  I can’t remember what else … and, of course... BONUS— the candles themselves.
Needless to say, I think students in some of the other grades and classes were a bit envious of our line of instruction. Or at the minimum, the fruits of our labor.
As in all proper stories, perhaps there should be some sort of comical or conflict–filled ending to my tale… some broad lesson learned from messing with the “proper’ education process. But there is not.
It pretty much went off without a hitch. I think many of us learned a thing or two, and I know I carried useful items from the experience forward in life. Sort of anti-climatic, I know. But the shape of things in history is seldom clear to those who lived it. I believe that, then and now, we live in an Age of Confusion.
###
Posted by ___ Restless Native at 9:13 AM