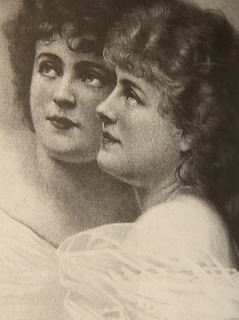 Celebration of story and travel to another world

By Rob Carrigan, robcarrigan1@gmail.com
According to ancient Celtic custom, the date corresponding to Nov. 1, was the beginning of a new year. The ancient Celts celebrated the end of one year and the beginning of another with their largest festival known as Samhain (pronounced Sah-ween). It was during this time that they believed the souls of those who had died in the previous year travel to another world, but at least temporarily, could intermingle with the living.

Ghost, on the other hand, has Germanic origins, deriving from “gast” in the language that became modern German. “Gast” originally identified a terrifying rage but later came to mean the disembodied spirit of someone who has died.

With a deep-seated tradition of story telling in both the cultures, and strong percentages of Irish and German coursing through my own veins, I have chosen to celebrate the upcoming holiday with story. Some are old favorite stories that you have heard from me before. Others may be new and different to each of us.

But like the Irish Halloween tradition of Barmbrack, the ‘speckled loaf’ of sweet, yeasted (skimmed from the top of fermenting beer) bread, you may find more than raisins and sultanas in your loaf.

The Halloween “Brack” traditionally functioned also as a fortune telling mechanism, as various objects were baked into the bread and when it was dispersed, fortune was told by what object was found in your particular piece.

The pea found in your portion signified that you would not marry that year; the stick, “to beat one’s spouse” told of an unhappy marriage or continuous disputes; a rag or cloth marked a person with bad luck and poverty; a small coin (usually a silver six pence), on the other hand, tabbed the recipient for riches and good fortune; and the ring meant that you were to marry within a year.

My stories, by contrast, may, or may not contain elements from which to determine you own fate in the upcoming year. You, and you alone, can be the judge of that. The loaves are often served toasted with butter and cup of tea in the afternoon. Feel free to pick out the raisins if you don’t like them, or discard the whole thing. 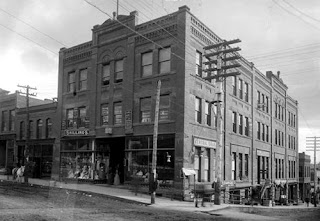 Beginning starts at the end

In the spirit of the season, perhaps it is best to start with Pearl, or Eliza Martin — because, as everyone knows, a good ghost story owes its origins to a funeral. It doesn't hurt that there were elements of sex, showmanship and betrayal involved, in addition to a legendary party at the end, and impressive funeral.

"She called herself Pearl De Vere, but even I, an eleven-year-old schoolgirl, knew it wasn't her right name," wrote Mabel Barbee Lee in her excellent autobiography "Cripple Creek Days," in 1958.

"People said she came from a good family in the East that believed she was a high-toned dressmaker — the designer of "DeVere Gowns" for the wives of Cripple Creek's millionaires. Actually she was the madam at the camp's fanciest sporting house, the Old Homestead on Myers Avenue," wrote Lee, and she describes several encounters with the "beautiful woman."

"She drove a span of high stepping black horses and rode in a single-seated phaeton with shinny red wheels. She held the reins firm, with a regal air, looking neither right nor left as if unconscious of the gawking miners who crowded the sidewalks. Sometimes she wore a changeable taffeta dress and wide, green velvet hat with matching willow plume atop her auburn pompadour, and again, she would be a study in brown, or black. Her dark lashes were so long they seemed to brush her pale cheeks, and shimmering puffs of her leg-o'mutton sleeves almost touched her delicate pink ears," Lee writes.

"Once in breathless instant when I was staring at her around a telegraph pole, she glanced down and smiled at me. I was spellbound; never had I laid eyes on such an enchanting vision! From that day, Pearl DeVere became my secret sorrow, the heroine of my fondest daydreams, mysterious, fascinating and forbidden."

Lee told of  Pearl De Vere's death and the funeral that followed.

"Pearl De Vere, madam at the Old Homestead, died early today from overdose of morphine," read an account in the Cripple Creek Times. "According to a denizen in the house, a gay party was in full swing when Pearl excused herself, saying that she felt indisposed."

"A throng turned out the day of the funeral, mostly children and miners. I watched them from the top of a barrel in front of Roberts' Grocery. Somebody claimed he saw ladies from up on the hill sitting in the shadows of upstairs office windows. The Elks Band headed by Joe Moore led the procession, playing the 'Death March." Then came the heavily draped hearse with the lavender casket almost hidden by a blanket red and white roses. Just behind , a man walked solemnly beside the empty rig with shiny red wheels, driving the span of restive black horses. A large cross of shell-pink carnations lay on the seat."

"Now four mounted police were coming down the avenue, pushing back the crowd to make way for all the lodge members in brilliant regalia trying to keep step. The sight of their red fezzes, feathered helmets and gold braided scabbards sent thrills of ecstasy through me, Bringing up rear were buggies filled with thickly veiled women, who, a man said. were Pearl's friends from the row."

For years, Oscar Lampman took care of the dead in Cripple Creek. And it is a wonder more ghosts don't hover around 300 E. Bennett, the one-time base of operation of the basement undertaker.

Legend says it was here, in his funeral parlor, where Pearl DeVere's sister, coming to collect Pearl's body (or Eliza Martin by given name,) noted the dyed auburn hair and found out her sister was no dressmaker but, instead, employed as madame at the Old Homestead brothel. The high-minded sister turned tail and caught the first train back East.

"Cripple Creek can bury its own dead," editorialized The Cripple Creek Times then. And area preachers suggested in sermon "let he [or she] who is without sin, cast the first stone," at the time.

"Many people in Cripple Creek were shocked when they heard what the sister had done," wrote Chas S. Clifton, in his 1983 book, Ghost Tales of Cripple Creek. "Pearl's generosity had been extended to both down-on-their-luck miners and girls from the tenderloin. These would not desert her. They made plans to pay funeral costs by auctioning the $800 Parisian ball gown Pearl had worn to die in, after she slipped away  from a party in progress at the Old Homestead."

"Oscar Lampman's records for Pearl's funeral on June 8 reflect a cost of $210.25, including what was no doubt an ornate casket for $115," wrote Jan MacKell in her 2004 book "Brothels, Bordellos, & Bad Girls." She says that legend holds that the girls of the Homestead tried to come up with the money and considered auctioning off the $800 dress she died in, but a mysterious man from Denver reportedly sent $1,000, along with a request that she be buried in that dress.

"Even today, Pearl's is the most well-remembered funeral in Cripple Creek history. Much of the town of Cripple Creek turned out to salute this generous and admired lady whose donations to poor and sick were not forgotten," says MacKell.

Old Homestead Parlor House says this is a photo of Pearl, right, and her sister.