Weird world out there, especially in Colorado

“A certain man once lost a diamond cuff-link in the wide blue sea, and twenty years later, on the exact day, a Friday apparently, he was eating a large fish - but there was no diamond inside. That’s what I like about coincidence.”
― Vladimir Nabokov, Laughter in the Dark 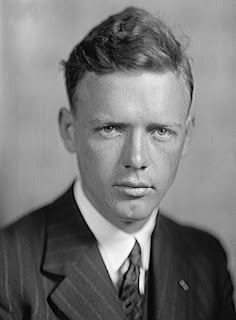 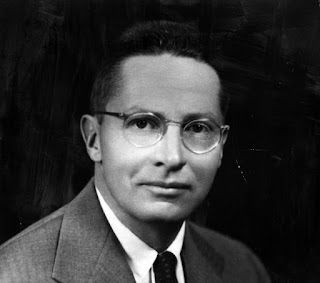 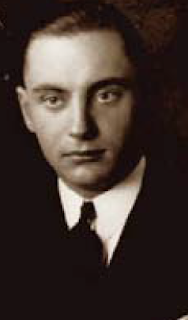 It is a weird, weird world out there. And no place illustrates that more than Colorado.  Kidnapping, murder, brew magnates under duress, gangsters, big stories, FBI and hard times in the '30s,  all just part of the package. Just watch how these facts unfold. And please, think about what holds them all together.

Very few people know that Charles Lindbergh was also a pioneer in the field of aerial archaeology. Vocational historian and writer Erik Berg has extensively researched Lindbergh’s life and aerial archaeological surveys, bringing to light his efforts to help locate and document ancient sites and landscapes. “Lindbergh always had broad and varied interests and his fame from the 1927 Atlantic flight opened a lot of doors for him to indulge those interests,” said Berg.

Ancestral Puebloan cliff dwellings and settlements in Canyon de Chelly in Arizona, and Chaco Canyon and the Pecos Valley in New Mexico are the subject of numerous Charles Lindbergh photographs. In the day, he quickly volunteered to photograph these areas when flying nearby.

“Lindbergh was always looking for new uses for aviation, and since he was already flying through both these regions as part of his airline work, he volunteered his time and plane,” explained Berg. “For Lindbergh, it was both a way to indulge in a new interest, archaeology, and further the cause of aviation as a tool for science.”

Lindbergh and, his famous wife Ann Morrow, spent a considerable amount of time in Colorado, and came often to Grand County, Colorado, as guests of Harry F. Knight whose ranch encompassed 1,500 acres on the South Fork of the Colorado River.  The ranch today is covered by the waters of the Granby Reservoir.

Also, according to a 1927 Denver Post article, Colonel Charles Lindbergh found the state welcoming before. The aviator did not like to eat in his airplane—even during very long trips. He claimed to not desire food when flying. And besides, to eat and control an aircraft was much too difficult.

"So when Lindbergh and the Spirit of St. Louis arrived in Denver at 2 p.m. on August 31, 1927—some eight hours after taking off in Omaha—the famed aviator was presumably famished. What did the Queen City serve him?"

Reports in the paper said the first course of “Fruit Surprise” followed by a consommé. A palate cleanser of celery, pecans, and olives. An entrée of broiled spring chicken with peas and au gratin potatoes. A hearts of lettuce salad drizzled with Thousand Island dressing.

"These dishes were presented to Colonel Lindbergh and a crowd of 1,000 during a banquet held at Denver’s one-year-old Cosmopolitan Hotel. Lindbergh was in town to promote U.S. commercial aviation and to urge the city to build its own airport—all while he dined on Lindbergh mousse, petit fours, and Original Manitou Pale Dry Champagne (as these were Prohibition times, the “champagne” was actually ginger ale made with naturally carbonated spring water from nearby Manitou Springs, Colo.)," The Post said.

Even though the pilot stayed in Denver for only 18 hours, Denverites caught a severe case of Lindbergh fever, according to later editions of the Denver Post. On the morning of September 1, 1927, an estimated 50,000 people gathered at Lowry Field to wish Lindbergh well as he flew on to Pierre, South Dakota.

On March 1, 1932, Charles Augustus Lindbergh Jr., 20-month-old son of aviator Charles Lindbergh and Anne Morrow Lindbergh, was abducted from the crib in the upper floor of his home in Highfields in East Amwell, New Jersey, On May 12, the child's corpse was discovered by a truck driver off the side of a nearby road.

In September 1934, a German immigrant carpenter named Richard Hauptmann was arrested for the crime. After a trial that lasted from January 2 to February 13, 1935, he was found guilty of first-degree murder and sentenced to death. Despite his conviction, he continued to profess his innocence, but all appeals failed and he was executed in the electric chair at the New Jersey State Prison on April 3, 1936.

Newspaper writer H. L. Mencken called the kidnapping and trial "the biggest story since the Resurrection." Legal scholars have referred to the trial as one of the "trials of the century". The crime spurred Congress to pass the Federal Kidnapping Act, commonly called the "Lindbergh Law", which made transporting a kidnapping victim across state lines a federal crime.

Verne Sankey worked on the Canadian Pacific Railway in his youth and later attempted to start a farm in South Dakota. When the farm failed, he and Gordon Alcorn began robbing banks in Canada and the United States. The two men eventually decided to try kidnapping and, in June 1932, they abducted Haskell Bohn in St. Paul, Minnesota. Bohn was the son of a local refrigerator magnate and they demanded $35,000 for his release, but instead settled for $12,000. Seven months later, they kidnapped Denver millionaire Charles Boettcher II and held them at Sankey's turkey ranch in South Dakota until they were paid $60,000.

In a matter of months, Sankey and Alcorn were considered two of the most sought-after outlaws in the country. Their successful kidnappings were imitated by many in the Midwest underworld, such as the 1933 kidnapping of Charles Urschel by Albert Bates and George "Machine Gun" Kelly.

Ironically, it was the high-profile kidnappings of William Hamm, Jr. and Edward Bremer by the Barker Gang that led to their downfall. As the authorities were not yet aware of the existence of the Barkers, the kidnappings were blamed on Sankey and Alcorn, who were quickly tracked down by the FBI.

On June 15, 1933, the Barker–Karpis gang kidnapped William Hamm of Hamm's Brewery and released him on June 19, 1933. The ransom from this kidnapping netted $100,000. They then kidnapped Edward Bremer in daylight in St. Paul in January 1934, releasing him in February. The ransom from this kidnapping turned out to be $200,000. However, these kidnappings brought too much negative publicity, due to the recent Urschel and Lindbergh Kidnappings, and the fact that the father of the Bremer Jr. was a personal friend of President Roosevelt, who mentioned the kidnappings in a fireside chat. On November 27, 1934, Lester "Baby Face Nelson" Gillis, at that time the Public Enemy No. 1, was mortally wounded in a gun battle with the FBI and died later that night. The next day, Alvin Karpis was declared Public Enemy No. 1, which brought the full force of the FBI down on the Barker-Karpis Gang.

"Ostensibly a South Dakota farmer, Sankey moved to Denver with the idea of kidnapping a wealthy businessman. One name on Sankey's short list of four candidates was Adolph Coors, Jr. But Charlie Boetcher seemed the better victim, especially after Sankey and a confederate spotted Boetcher and his wife driving about town," wrote Sandra Dallas, in a 2010 Denver Post review of a book by Timothy W. Bjorkman, about Sankey and Boettcher kidnapping.

"The Press accused him of being behind almost every unsolved kidnapping in the country, including the murder of the Lindbergh baby, an accusation that infuriated Sankey, according to Dallas and Bjorkman.
"I am a man. I would kidnap a man,"  Sankey reportedly said. "I would never kidnap a child."

On January 31, 1934, Sankey was captured by police and federal agents at a barber shop in Chicago, Illinois. He was returned to South Dakota to stand trial for the Boettcher kidnaping, being held at the state prison in Sioux Falls for added security; however, Sankey committed suicide before his trial by hanging himself in his cell with his necktie on February 8. Alcorn had been captured a week earlier and was sentenced to life imprisonment for Boettcher's kidnapping.

Years later, in February of 1960, Adolph Coors disappear while driving to work from his home in Morrison, Colorado. The grandson of the Coors' founder and and chairman of the Golden Brewery was kidnapped and held for ransom before being shot and killed.

Based on evidence in the case, the FBI launched one of the largest manhunts ever, in hopes of finding Joe Corbett.

Corbett, a Fulbright scholar at the University of Oregon, was headed to medical school when in 1951, he got into an altercation with an Air Force sergeant. During the fight, he shot the man and ended up pleading guilty to second degree murder. He was sent to San Quinten Prison for a number of years, and later to a less secure facility, from which he escaped and began living under the alias, Walter Osborne.

A little more than a week after Coors was kidnapped, a burned-up car found in Atlantic City, New Jersey, was traced back to Corbett. The yellow Mercury had been reported by witnesses in the area of the Coors' abduction. Dirt from the car was ultimately traced back to the area where Coors was taken hostage.

Seven months after the brewing magnate was grabbed in 1960, his clothes were located in a dump near Sedalia, Colorado. His remains were later found nearby. A ransom letter was traced back to Joe Corbett's typewriter, and it was determined he had ordered hand cuffs, leg irons, and a gun through the mail in the months leading up to the kidnapping. The FBI distributed a million and half posters with Cobett's photo and tracked him though most of Canada, from Toronto to Vancouver, wher he was finally arrested.

Corbett never testified at his trial and never made any statement, but evidence convinced the jury to convict him in 1961. He was released in 1978. n 1996 Corbett gave his only interview following his release from prison; in it, he maintained his innocence. Corbett committed suicide on August 24, 2009. 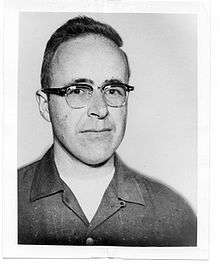 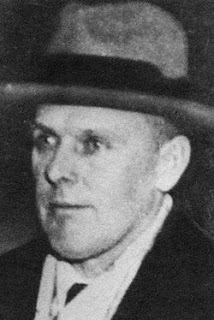 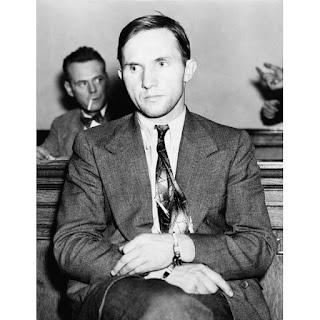