Going back to the root of a word 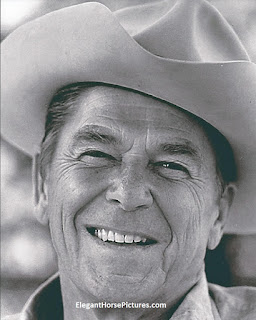 Time to put the ‘conserve’ back into conservative 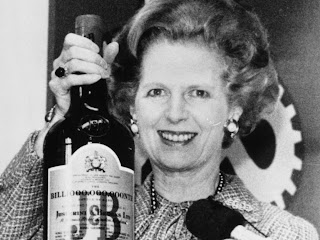 If you look up the root word of conservative in the dictionary, “conserve,” chances are, you would see a definition like “protect something, especially an environmentally or culturally important place or thing, from harm or destruction.”
Conservative forces, and even Republicans, did not always have the reputation of being adverse to environmentalism. Lets just take a look backwards.
Examples of environmentalism in politicians tabbed as “conservative” are as follows.
One of my favorites characters in the political arena was Teddy Roosevelt. Growing up as kid in small town Colorado, in which one claim to fame was at least three Rough Riders charging San Juan Hill with Roosevelt, maybe I was predisposed. But the idea that big-game hunter, lifelong Republican, bully-pulpit president like Teddy Roosevelt could appear like an environmentalist, was once not so farfetched.
During his presidency, T.R. preserved more than 230 million acres of wilderness, created the U.S Forest Service, aggressively pursued soil and water conservation, and established more than 200 national forests, national monuments, national parks and wildlife refuges.
"The conservation of natural resources is the fundamental problem," he once said, according to the Theodore Roosevelt Association. "Unless we solve that problem, it will avail us little to solve all others."
Even Ronald Reagan was greener than you think.
“Reagan pushed for and signed the Montreal Protocol to phase out ozone-layer-depleting, climate change-promoting chlorofluorocarbons. His administration did the initial work on a “cap and trade” system to control acid rain that ultimately was implemented during the George H. W. Bush administration,” notes the conservative Weekly Standard.
“A classic example of Reagan’s approach can be found in the Coastal Barrier Resources Act, which the president signed in 1982. The law established the Coastal Barrier Resources System (CBRS), a zone that today encompasses 273 million acres of land (an area larger than all but one national park in the lower 48 states) in which federal subsidies to new development​ —​ notably, subsidies for roads, housing, and flood insurance​ — ​are forbidden. Private interests may still develop the land but must do so without a penny of federal money. It is estimated the law has saved taxpayers $1 billion since its enactment.
Let’s look at conservatives on the international front. Margaret Thatcher, who was trained as a chemist at Oxford University, the late British Prime Minister Thatcher may have understood the scientific basis of climate change and other environmental issues better than many other politicians. "It is mankind and his activities that are changing the environment of our planet in damaging and dangerous ways," she once said, according to the Guardian. "The result is that change in future is likely to be more fundamental and more widespread than anything we have known hitherto. Change to the sea around us, change to the atmosphere above, leading in turn to change in the world's climate, which could alter the way we live in the most fundamental way of all."
Even unpopular conservatives like Richard Nixon, had positives in the Green World.
Nixon signed into law a long list of environmental legislation. Among those measures: “The National Environmental Policy Act, the Marine Mammal Protection Act, the Environmental Pesticide Control Act, the Safe Drinking Water Act and the Endangered Species Act were all signed by or supported by Nixon, according to Mother Nature Network (MNN.com).
He also established the Environmental Protection Agency (EPA) as a cabinet-level federal department.
Take for another example, Barry Goldwater — five-term Republican senator from Arizona and a presidential candidate in 1964 — but also a committed outdoor enthusiast.
"While I am a great believer in the free enterprise system and all that it entails," he wrote, "I am an even stronger believer in the right of our people to live in a clean and pollution-free environment."
Goldwater initially supported the construction of Glen Canyon Dam, which some say destroyed the colorful gorges of Glen Canyon beneath the water of Lake Powell, he later regretted his position. Shortly before he died in 1998, Goldwater joined the Republicans for Environmental Protection (now known as ConservAmerica).
In the current political environment of climate denial, I know some see environmentalism and conservation as “dirty words.” But I still see room to put the “conserve,” back in conservative. 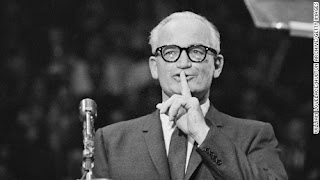 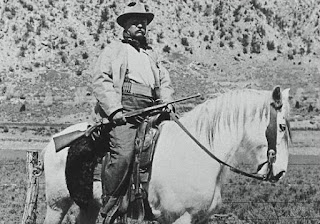 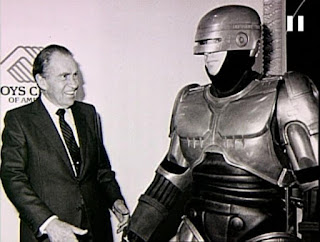