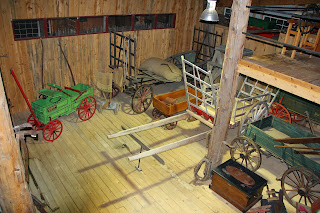 Jim and Donna Maguire collect things: cars, wagons, railroads, windmills, phone booths, antiques, stories and friends.
In fact, they have the contents of an entire town tucked, here and there, into a few acres in Monument. Since the early 1980s, or before, they have been working on creating the town of Maguireville. Their Card says they are co-mayors.
With barns bursting at the seams, full of items from the last century, Maguireville has developed into a world-class museum of 20th Century Americana.
"Every piece here has a story," noted former D-38 School District Superintendent Ted Bauman, at a recent fundraiser held there for the current Mill Levy Override effort.
"And some of them are true," Donna joked at the time. "Though he tells it different every time.
If you were to run into Jim down at Serrano's some morning, where with his collection of friends and neighbors, he holds frequent court, you might have a chance to hear one.
He will introduce himself as if he has known you all his life, even if he met you last week. "I've known him for years," Jim says. "I was his parole officer."
He might also joke about Christmas presents he has given Donna, on occasion.
"One year I gave her those branding irons," he says, pointing out irons arranged in a circle on the barn wall.
"And the next year he got those hammers," answers Donna, pointing out another circle.
10,000 pound safes, quarantine huts from old TB sanitariums, well equipment, bells, and even a phone booth or two, make up parts of the collection. An old wooden booth from Southern Colorado was traded for an Overhead Door installation. And British phone booth is there as well, with a story of its own.
"There are three things about the British phone booth acquisition that made it difficult," he starts in. "Number one: It weighs a ton. Two: It's nine-feet-high and it is in a garage with a door that is only eight feet. Three: I need you to come and get it out Thursday, (it was Wednesday.) Those are things you need to keep in mind, if someone says you can have a British phone booth if you come and get it.
Indeed. 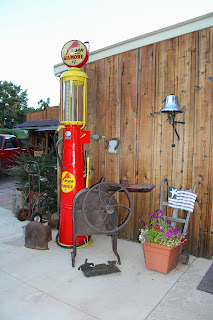 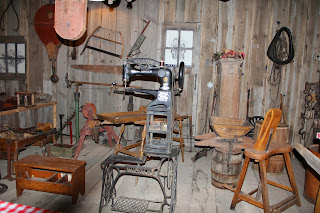 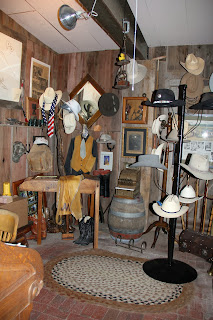 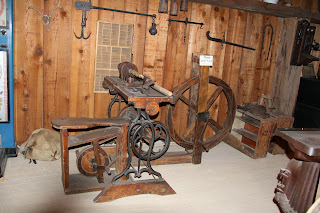 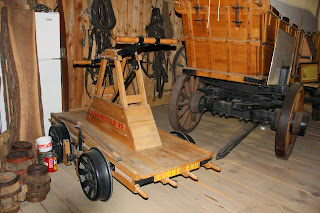 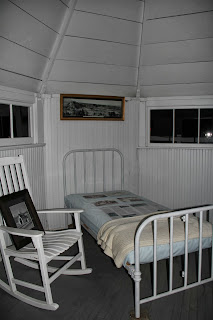 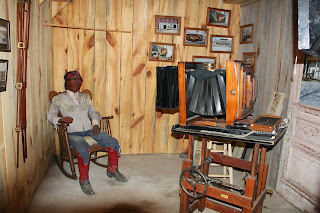 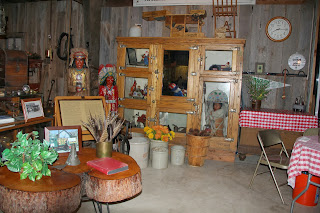