Emily Griffith: For all who wish to learn. 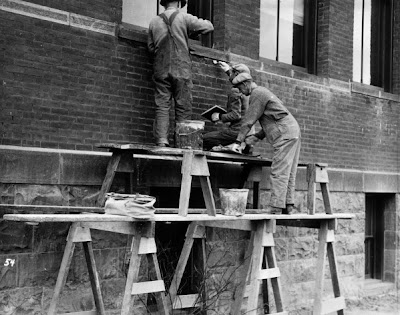 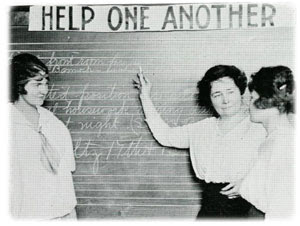 Celebrated educator, and her invalid sister were found shot to death at her cabin in Pinecliffe, in Boulder County

I think the last time they changed the name of the place, it was in honor of her retirement in 1933 and she protested heavily. As I go to work every day, stop, look across the street and notice the sprawling education complex that encompasses the entire next block, I am reminded of Emily Griffith’s legacy.
“Emily Griffith was a kind of a schoolmarm saint,” wrote Time magazine shortly after her death in its July 8, 1947 edition. “All Denver revered her as founder and long-time head of the far-famed Opportunity School, where since 1916, the city has provided adults with free “second chance” classes in everything from welding to hat-making.”
The school is the oldest institution in the nation dedicated to providing adult vocational and technical education and serves nearly 15,000 students. Before establishing the school, Griffith was Deputy State Superintendent of Schools form 1904 to 1912.
“For all who wish to learn. We welcome all people, regardless of age, race or education level, who want to expand their horizons and chart their own course for success.”
At the Denver Public School Board of Education meeting of May 19, 2011, the board unanimously endorsed the proposed name change from Emily Griffith Opportunity School to Emily Griffith Technical College, effective immediately. The school will observe its 95th birthday in September 9, 2011, exactly 95 years after its doors first opened, with a gala event at the Seawell Ballroom, Denver Center for Performing Arts.
The celebrated educator, and her invalid sister were found shot to death at her cabin in Pinecliffe, in Boulder County. Emily was 67 and she, and her sister Florence were found by their sister Ethelyn and her husband Evans Gurtner.
“The dining table, near the window overlooking a creek, was set for three. On the living room floor lay Florence Griffith, in a puddle of blood. On the bedroom floor lay Emily. Each had been shot through the head with a .38-caliber revolver,” according to Time.
“Their cabin had been built for them by a one-time teacher at the Opportunity School named Fred Wright Lundy. He had built himself a shack in Pinecliffe and the shack he put up for Emily was only about a mile away. He ran errands for the sisters, fetched their firewood, helped with the chores, ate most of his meals at Emily’s,” said the account.
“Fred Lundy’s 1941 Nash sedan was found on a highway a mile up the canyon. On the front seat was his briefcase. In it was $350, in cash and a note: ‘If and when I die, please ship my body to Roscoe, Ill…. Thank you.’ Signed: Fred Lundy. At week’s end police were still looking for Fred,” said Time. He was never found but a witness at the time reported seeing a man matching his description hopping a train headed for Denver the afternoon of the killings.
Strangely, his motive was believed to be one of mercy. Pasquale Marranzino, a reporter for the Rocky Mountain News, wrote at the time, “Lundy, on many occasions had expressed grief over the ‘martyr’ life which Emily had spent in caring for sister. On occasion, he expressed the sentiment that he would “rather see them dead than the way they are living.’”
The murder, however, was never solved. Author and historian Debra Faulkner re-examined the case several years ago and suggested that Ethelyn and Evans, who discovered the bodies, might have been the culprits. They inherited Emily’s estate and began traveling around the world shortly after on cruises, points out Faulkner in her book “Touching Tomorrow: The Emily Griffith’s Story.”
“A mercy killing by Lundy has been the conventional speculation. Yet Faulkner notes that Lundy had nothing to gain and, as a loving friend, would have likely picked a gentler and more dignified form of death,” says Dr. Tomas Noel, in a review of Faulkner’s book in 2006.
Denver Public Schools converted Longfellow School to Opportunity School in 1916. It was renamed Emily Griffith Opportunity School when the little, red-haired Emily retired in 1933 on Denver’s standard $50-a-month teacher’s pension – all that she would accept – and she settled down in the pine-slab mountain cabin where she and her sister were later murdered.
###
Photo One Info:
Emily Griffith, Center, at the school. From Emily Griffith Technical College.
Photo Two Info:
Masons point mortar at the Emily Griffith Opportunity School at 12th and Welton Streets in downtown Denver. Photo created between 1931 and 1935.
George D. Begole Denver Projects WHC Album #161 A. Western History/ Genealogy Dept., Denver Public Library.
Posted by ___ Restless Native at 2:03 PM