Joseph Lesher had faith in silver 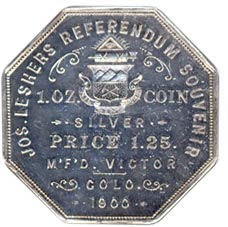 One of the most-monied men of the 'greatest gold camp'

In 1873, the nation’s currency was placed on the gold standard. By 1893, the U.S. Government stopped buying silver all together. The price of silver plummeted as a result, and Colorado’s economy fell, head-over-heels down a mineshaft.
With the destruction of the silver market, came the rise of Populist-Democratic politics in Colorado and the advocacy of return to bi-metalism via the free-silver movement.
Joseph Lesher, a veteran miner of the silver camps of Georgetown, Central City, Leadville and the Silver San Juans, had by a stroke of fortune, switched metals at just the right time. But he wasn’t happy about it.
Lesher invested in infrastructure and real estate in Victor and the Cripple Creek area in the early days of the “world’s greatest gold camp.” And he had become, according to the Victor Daily Record, “one of the monied men of the camp.”
But, noted the Record, “Mr. Lesher has faith in silver. He also has a sincere desire for its enlarged use.”
He also still owned a silver mine in Central City.
“Mr. Lesher had believed that it would be possible as well as beneficial for Colorado the coin its depreciated silver and use it to facilitate exchange and promote business,” said the November 13, 1900, Record.
To such ends, Lesher and others in Victor came to the following conclusion.
“Victor has everything any other city has. Denver has a mint, so a Victor man has established a mint also. The Victor mint will coin nothing but silver dollars and the dollars will be worth 25 cents more than the Denver product.”
Thus, the Lesher Referendum Medal was born.
According to research Adna G. Wilde, of the American Numismatic Association in Colorado Springs, between 3,000 and 3,500 of the Lesher medals of different types were struck. The research involved interviews by Farran Zerbe of Lesher himself in 1914 (when Lesher was 74 years old.)
Once again, as reported in the Record, “He calls them ‘referendum dollars’ because no one is compelled to take them against his will. In other words, they are referred to the people for acceptance or rejection.”
“Although Mr. Lesher is convinced that the intrinsic value of an ounce of silver is $1.29, he does not insist that everyone shall accept his valuation and is prepared to guarantee the parity of his dollars by redeeming each coin in lawful money of the United States. He keeps his cash at the Bank of Victor and expects to arrange with the cashier to cash the ‘referendum’ dollars in the same manner that checks are cashed.”
Today, examples of the first 100 Lesher ‘Referendum’ medals struck that first day in Lesher’s residence in Victor, grace such prestigious collections as the Chase Manhattan Money Museum at the Smithsonian and of course, the American Numismatic Museum in Colorado Springs. Adna Wilde, Jr. of Colorado Springs is the recognized world authority on Lesher dollars and an ANA Hall of Famer. 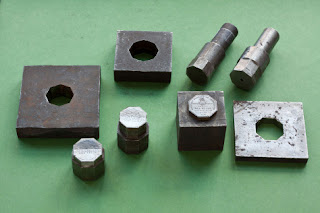