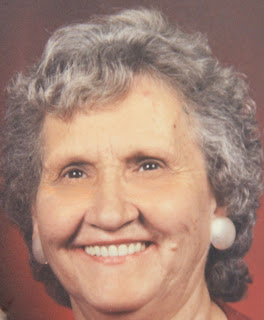 Pat was born Jan. 19, 1938, at Fork Ridge, Tenn., and spent her youth in the Cumberland Gap area near the intersection of Tennessee, Kentucky and West Virginia. Her mother was a registered nurse for a coal mining company and her dad was a foreman in the mines.

She graduated from high school in Middlesboro, Ky., in 1955, and moved to Detroit, Michigan, and lived with her sister Billie A. Loveday Udeck. While in Detroit, she worked for Michigan Bell, as a telephone operator. Despite her diminutive stature, she was proud of playing basketball in both, high school in Kentucky, and later on the Michigan Bell team at work.

Pat met in Detroit, and married Everett Wayne Carrigan, on May, 4, 1957, and they were constant companions, celebrating 56 years of marriage together before his death, in 2013.

In later years, she enjoyed balloon battles with her grandkids and the smiles of her great-grandkids as they related tales of their recent exploits and adventures. She was also a life-long friend to animals and appreciated the company of various dogs and cats over the years, especially the family's beagle Suzy who stood guard beside her under the coffee table for more than two decades.

Pat was active in town, school, and church organizations in Dolores, and attended events involving her four children, all of which graduated from Dolores High School.

Survivors include her four children and their families: Elaine and Tom Andersen, and their three children, of Fort Collins; Rob Carrigan and his wife Niki Miscovich, and their two daughters, of Loveland; Keith and Angela Carrigan, and their two children, of Oklahoma; and Denise Carrigan, of Nucla. Her brothers Conley (Norma) Loveday, Tuble Loveday, also survive. She was preceded in death by her mother Alafair (1985) and father William Robert (Bill) Loveday (1961), her brothers, Wade (2015) and Jay (2012), and her sister Billie (2019.)

A family graveside service will be held Wednesday, May 26, at 11 a.m. at Fort Logan National Cemetery in Denver, at her husband's side. The family suggests memorial donations be made to your own local food banks.