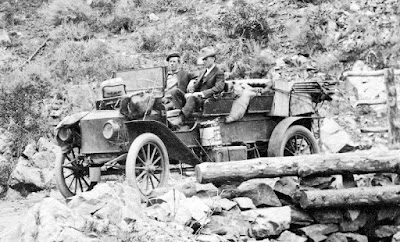 Legend has it that F.O. Stanley first drove his Model B Runabout Stanley Steamer some 65 miles from Denver to Estes Park in late June, 1903.

"If he was to come to Estes Park, he wanted to do so quite literally, under his own power," wrote historian James Pickering, in his book "Mr. Stanley of Estes Park."

"In addition, having his own automobile at hand seemed a particularly good way of getting out and about, meeting people and taking in the scenery."

Pickering noted that F.O. Stanley had faith in his small machine because it "was high-slung enough to ride above the deeply rutted, boulder strewn road, and powerful enough to climb the steepest grade with comparative ease." He arrived in record time. Though Stanley's automobile was not the first in Estes Park, as has sometimes been suggested, his entrance was by far the most dramatic and longest remembered, says Pickering.

F.O. Stanley arrival was just in time to help plan the town's development, and start nurturing his vision for what would become a gem of tourism in the town today, the Stanley Hotel.

His first trip was, of course up the old wagon road from Lyons to Estes Park, and in the next few years he spent a pile of money improving that route, but that did not stop F.O. Stanley from considering other paths. He spent additional money developing access in Little Thompson Canyon and North St. Vrain, and evaluated going down Big Thompson canyon.

David Osborn and his three sons — Will, Otto, and Estes —pioneered automobile transportation in the region when they formed and began to operate the Loveland - Estes Park Transportation company in the summer of 1907. They first used a trio of five-passenger Stanley Model F 20-h.p. touring cars and charged $3.50 per passenger for one way, or $6 roundtrip.

"That Summer, to the surprise of everyone, it was Loveland — not Lyons or Longmont, let alone Boulder or Denver — who first put into operation an automobile stage line to Estes Park making use of Stanley Steamers. Ironically its owner was not F.O. Stanley.

"The Osborn enterprise, headquartered with garage and offices at 432 Cleveland Avenue in Loveland, was helped immeasurably by an announcement as early as March that its major competition, George and Ben Johnson's horse stage line, would not operate in the coming season," Pickering wrote.

By the time the Osborn's eventually sold the business years later, in the spring of 1916, they were transporting 100 passengers a day and operating a fleet of 18 Stanley Steamers.

Freelan Stanley did not seemed to be bothered that by the competition had beat him to the punch on provide good roads to reach the growing town of Estes Park. Instead, by 1907, he had set out on his own to build what would become the Stanley Hotel.

They built their first steam-powered car in 1897 and sold more than 200 by 1899, making them the most successful U.S. automaker at the time," according to Tony Borroz, of "Wired."

"They sold the design to Locomobile in 1899 and, three years later, founded the Stanley Motor Carriage Co. The earliest models had wood bodies on steel frames with a kerosene (later, gasoline) boiler mounted under the seat. The boiler provided steam that ran a steam engine, somewhat like a mini-locomotive on tires," Borroz wrote.

"The cars were quick. A Stanley Rocket driven by Fred Marriott achieved 127.7 mph in 1906 to set the land speed record for a steam-powered car. Before speed, the brothers were into photography. Francis Stanley invented a photographic dry-plate process in 1883, and the brothers founded Stanley Dry Plate to manufacture them." 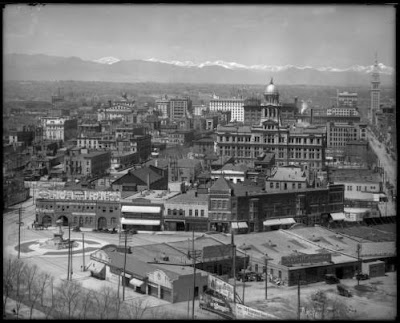 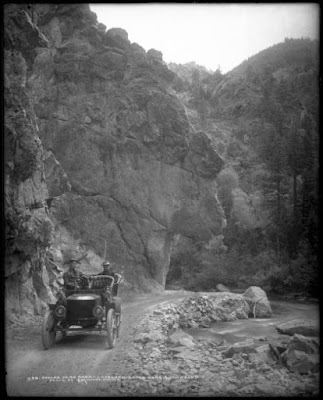 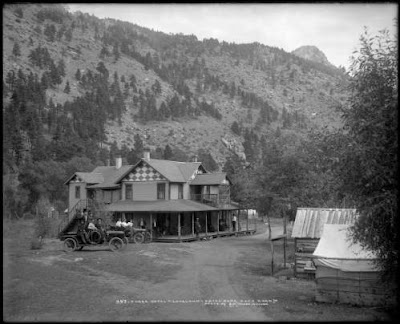 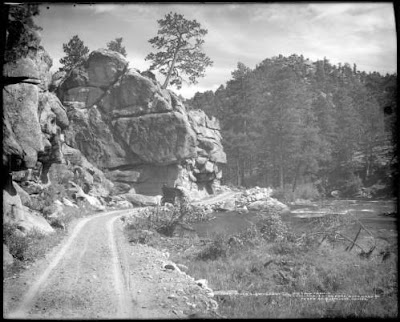