In an invisible world that coexists with the world of humans 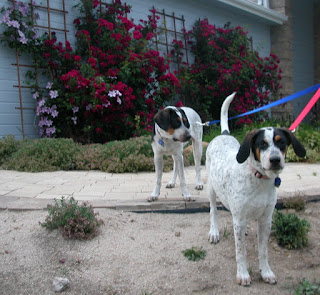 The Good Neighbors, the fair folk, or simply the folk

The aos sí, or the older form aes sídhe is the Irish for a supernatural race in Irish and Scottish mythology, comparable to the fairies or elves. They are said to live underground in fairy mounds, across the western sea, or in an invisible world that coexists with the world of humans. This world is described in the Lebor Gabála Érenn as a parallel universe in which the aos sí walk among the living. In the Irish language, aos sí means "people of the mounds" (the mounds are known in Irish as "the sídhe"). In modern Irish the people of the mounds are also called daoine sídhe in Scottish mythology they are daoine sìth. They are variously said to be the ancestors, the spirits of nature, or goddesses and gods. The aos sí are often appeased with offerings, and care is taken to avoid angering or insulting them. Often they are not named directly, but rather spoken of as 'The Good Neighbors, The Fair Folk,' or simply 'The Folk.'

Perhaps I should have seen it coming? I have lost a lot of good friends over the years, but still it is always a surprise. Lynn, Edena, Lisa, Michael, my dad, on and on ....
Mark Twain (Sam Clemons), understood it pretty well.
“I do not fear death. I had been dead for billions and billions of years before I was born, and had not suffered the slightest inconvenience from it,” he said.
And as usual, Hunter Thompson also had an interesting take.
“Life should not be a journey to the grave with the intention of arriving safely in a pretty and well preserved body, but rather to skid in broadside in a cloud of smoke, thoroughly used up, totally worn out, and loudly proclaiming "Wow! What a Ride!,” he wrote in "The Proud Highway: Saga of a Desperate Southern Gentleman, 1955-1967."
A few days ago, my wife looked at me funny, as I sat in swivel rocker, knowing with that extra sense she has, that something was BAD wrong. She tried to help.
I was almost crying. I told her I was going to try and write something, but I started considering quotes from Wilson Rawls, and "Where the Red Fern Grows," and it gave me that tremble.
Unsteadiness. The shake of intense discomfort from wrestling with my grief.
A rawness, that is beyond talking about.
I had lost another one of my hound dogs to ravages of time a few days prior.
Jenny, the Treeing Walker/Blue Tick coon hound mix, and one of a pair of the best dogs a person could ask for, and very real part of my family's life for the past ten years, left us in characteristic dignity, a few days prior.
Jenny herself, knew loss. Ella, her sister from the same litter passed on Memorial Day this year.
They were naturally as close two sisters from the same litter could be, and had spent there entire life together and it showed. But they also had shared thousands of hours of photo excursions, and twilight sojourns in early morning, and around sundown, with me in the woods.
I had tried to to help in her last struggles to go out side. She died, I think as I struggled to get her back inside after she fell.
Jenny and Ella were family members, of course. But we were closer than that. Not sure any of my other family members know what its like to share a frosted-over, beaver meadow in sub zero weather, all in the early morning winter hours.
I am reminded in the excellent work of Rawls, a favorite book for obvious reasons.
“Looking to the mountains around us, I saw that the mysterious artist who comes at night had paid us a visit. I wondered how he could paint so many different colors in one night; red, wine, yellow, and rust,” he wrote in "Where the Red Fern Grows."

The banshee or bean sídhe (from Old Irish: ban síde), which means "woman of the sídhe", has come to indicate any supernatural woman of Ireland who heralds a coming death by wailing and keening. Her counterpart in Scottish mythology is the bean sìth (sometimes spelled bean-sìdh). Other varieties of aos sí and daoine sìth include the Scottish bean nighe: the washerwoman who is seen washing the bloody clothing or armor of the person who is doomed to die; the leanan sídhe who takes a human, and holds it close to her heart. Those who love the leannán sídhe are said to live brief, though highly inspired, lives. The name comes from the Gaelic words for a sweatheart and the term for inhabitants of fairy mounds (fairy). The leannán sídhe is generally depicted as a beautiful muse who offers inspiration to an artist in exchange for their love and devotion; however, this frequently results in madness for the artist, and a short life.

Today, I notice Jenny's and Ella's collars, carefully arranged on the book shelf, in an out of the way place, in the house with their name tags out.
"Jenny Carrigan," and "Ella Carrigan," and our phone number, the metal tag says on the purple and red smooth nylon. "Microchipped," it says.
You never really get used to it, I guess. An image, or a moment, or even a sound or scent, brings back your attention to the hole in your heart, for a time. Dogs don't live long.
"Lifespan in general is determined by trade-offs between survival and reproduction. Wolves, the ancestors of dogs, can live 15-20 years, roughly twice as long as comparable-sized dogs. They start breeding in the wild no younger than 2-years-old. They need to form pairs and establish a territory before breeding. Older wolves will often have help raising their pups from older juveniles who have not managed to mate or find territories. In contrast, most dogs can breed from six months to 12 months of age, and they don’t benefit from having territories, pair bonds, or packs. Whereas wolves breed until they die, dog breeders will usually retire older females. So the whole life history of dogs is shifted to more of a “live fast, die young” style compared to wolves. On top of that, artificial selection and inbreeding have created huge problems for dogs," says Suzanne Sadedin, Ph.D. in zoology from Monash University.
In the words of Wilson Rawls, I remember.
"I knew the pups were mine, all mine, yet I couldn't move. My heart started aching like a drunk grasshopper. I tried to swallow and couldn't. My Adam's apple wouldn't work. One pup started my way. I held my breath. One came until I felt a scratchy little foot on mine. The other pup followed. A warm puppy tongue caressed my sore foot. I heard the stationmaster say, 'They already know you.' I knelt down and gathered them in my arms. I buried my face between their wiggling bodies and cried,” Rawls wrote.

A variant is Cù Sìth or the fairy dog. The Cù-Sìth was feared as a harbinger of death and would appear to bear away the soul of a person to the afterlife. In this role the Cù-Sìth holds in Scottish folklore a function similar to that of the Bean Sidhe, or banshee, in Irish folklore. According to legend, the creature was capable of hunting silently, but would occasionally let out three mournful and sometimes terrifying barks or howls.

And only three howls, that could be heard for miles by those listening for it, even far out at sea.

Hello Rob,
A very touching tribute to your two sidekicks! I remember many stories you shared about those two chasing squirrels along the fence line ...working as a team! It’s a very unique and special bond with our pups.... Hope all is well with you
Kathy Fleer

Hey Kathy: Yes,I miss those two terribly sometimes, but Whiskey (a beagle, CB retriever mix) and Luna, (her emotional support dog), keep me running around the lakes up here. Otherwise, all is well. _ Rob