Personality in search of remnants of another personality 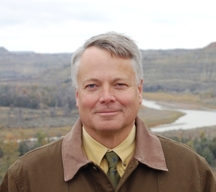 Clay Jenkinson visits Victor in search of traces of Teddy


Famous in his own right, American scholar, author, educator and radio personality Clay S. Jenkinson followed in some famous footsteps recently, traipsing into Victor, April 8, in search of remnants and memories of Theodore Roosevelt 116 plus years earlier.

“The Theodore Roosevelt ‘footprint’ in America is almost overwhelmingly dense. He was everywhere. My goal is to visit every bonafide TR site, and to gather photos, news clippings, video, etc. If you want to help determine the TR footprint in your state, let me know: clayjenkinson2010@gmail.com. I was in Colorado Springs on other business, rented a car, and ventured to Victor, where TR was heckled and a little roughed up on September 26, 1900. But he did not back down. He would not have been TR had he done so....” wrote Jenkinson on his Facebook page. While here, he absorbed some of the local color.

“My new friend Sam Morrison in Victor, Colorado. You have to go see his store. He makes brooms, prints art on this small treadle press, makes and sells excellent beeswax candles, and knows a great deal about the history of the Victor/Cripple Creek sector of Colorado. But it is his store that I found most enchanting. I bought so much that I had to purchase luggage in Colorado Springs!” Jenkinson said. He is looking for help with his project all over the country.

“You can help us find individuals who want to fund aspects of our amazing $50 million+ presidential library. You can donate artifacts, documents. You can spread the good news via your social media. You can help me identify TR locations in your area: speeches, conservation properties, incidents, friendships, etc. My goal is to visit every TR site in America and to share my findings with everyone who is interested. We need media attention perhaps more than anything else. If you have contacts in the media, local, regional, or national, and are willing to point them our way, we'd be immensely grateful. I'm just barely getting started.... You can contact me at clayjenkinson2010@gmail.com”

Jenkinson first achieved fame for his portrayal (first-person historical interpretation) of Thomas Jefferson and he was the first public humanities scholar to present a program at a White House-sponsored event when he presented Thomas Jefferson for a gathering hosted by President and Mrs. Clinton. As co-founder of the modern Chautauqua movement, Jenkinson has also portrayed Sir Francis Bacon, Jonathan Swift, J. Robert Oppenheimer, John Wesley Powell, Jean-Jacques Rousseau, Theodore Roosevelt, and Meriwether Lewis.

Jenkinson was born in Dickinson, in southwestern North Dakota; his father was a banker and his mother a schoolteacher. Jenkinson grew up mostly in Dickinson. He graduated from Dickinson High School in 1973 and then attended the University of Minnesota. He graduated in 1977 with a degree in English, and was then a Rhodes scholar at Oxford.

Jenkinson returned to North Dakota as a permanent resident in 2005; he resides in Bismarck. He is currently the Director of The Dakota Institute through The Lewis & Clark Fort Mandan Foundation, Chief Consultant to The Theodore Roosevelt Center through Dickinson State University, Distinguished Humanities Scholar at Bismarck State College, and a columnist for the Bismarck Tribune. He is James Marsh Professor-at-Large at the University of Vermont.

Jenkinson's portrayals take the form of lengthy monologues followed by Q & A sessions as the character (in costume) featured for that performance. At the end of his performances, he steps out of character and answers questions as himself. Another performance variation is represented by his nationally syndicated radio show, The Thomas Jefferson Hour. 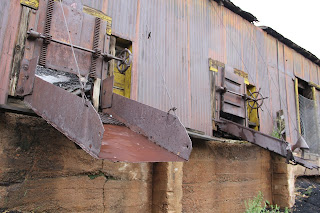