Spirit of George Kobolt lives on in Tribune 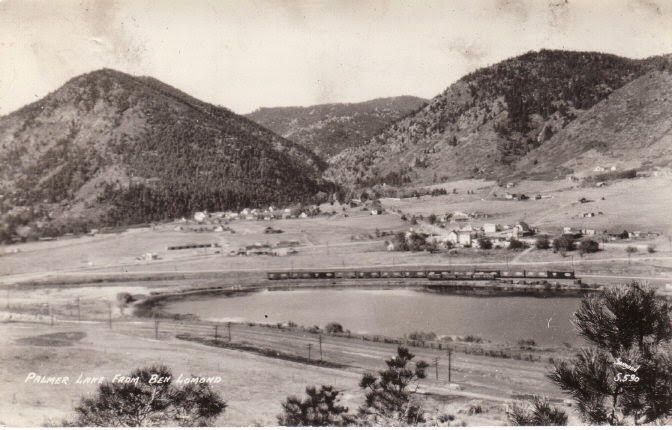 "Howdy and good morning," headlined the top of the page for the Palmer Lake - Monument News for the Jan. 15, 1965 edition of the paper. It was the second issue.
George Kobolt ran a photo of himself, and a caption that said, "Don't shoot this man, if you see him 'casing the joint' — It's Editor Geo. Kobolt, in a light blue 1962 or a green 1963 Chevrolet (Wagon) and he is probably trying to show a merchant how advertising doesn't cost — It pays!"
Years later, I would listen to ghost stories related of how old Geo. could be heard rattling around sometimes at night at what once was the reinforced basement of the former printing plant at 319 Perry Street in Castle Rock. The stories were most frequently focused on the area that was once under the presses known as the 'morgue' because it was where all the dead papers went.
"To answer the questions that arose from my visit to the Palmer Lake-Monument Post Offices last Friday morning, and advertising calls made Monday by our Bob Shchultz — We are concerned about the success of the new paper," Kobolt wrote.
"Because the Columbine Herald didn't make it, and another paper is having its troubles. Yes, I am familiar with both instances for we printed for another gentleman, the Columbine Herald. In those days, we were platen press printers and in my estimation, no newspapers could be printed economically in small quantities with that method. So, I held off until we purchased our present lithographic press."
Kobolt was proud of the new equipment, and at the same time cautious and distant, about a competitive product sometimes printed in the Tri-Lakes market at the time.
"It is the largest press of its type between Denver and Colorado Springs — even Littleton. The other paper we print when it is brought to us to print. We are the only commercial printers for it, not editors or business managers — wonderful people endeavoring to put it out for the area."
He answered a question about affiliations with other nearby papers at the time. "Are you Geo. Kobolt, connected in any way with either of the Colorado Springs papers?"
"No. I am a printer. Independent as a married man can be, with a 24-year-old married daughter and a 16-year-old son. I have no connections with the papers there — I'm just a little 'feller' competing in a world of tycoons," he answered and expounded upon the things his new paper was not trying to do.
"You will see ads from here and there. That is the choice of the businessmen to make. Please, do not take it as an indication that editor Geo. is trying to change your buying practices — Buy at home.
He noted the presence then of such fine establishments as Higby Mercantile, Glenside Store, McCall Mercantile, Churches including Little Log Church, St. Peter Catholic, Monument Community Presbyterian and others.
In closing, Geo. Kobolt had this to say about the new paper more than a half century  ago.
"This little Palmer Lake-Monument News is not out to cover the world — just the area of our local interest."
The Palmer Lake - Monument News has maintained that strategy for those 51 plus years and eventually became, over time and different editors and publishers, the Tri-Lake Tribune. The spirit of Geo. Kobalt lives on in the Tribune. Watch for details as we gear up to continue our tradition of more than half a century of local publishing history, and the businesses, sources, readers, advertisers, and friends who helped make it possible in coming editions.  And we will offer clues on where we are going for our next 200 years.
Posted by ___ Restless Native at 2:50 PM