Only here for the beer, or 'Black Cow.' 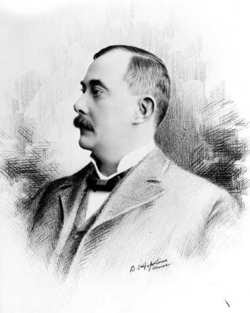 If I could figure out how to time travel, I would like to party like it was 1899. The city of Cripple Creek or Victor might be a good place to start.
At that time, Cripple Creek was the fourth largest town in the state. 32,000 people lived in the district and business was booming.
The city directory of 1900 listed 52 stockbrokers, 3 banks, 3 stock exchanges, 10 insurance representatives, 9 jewelers, 49 grocers, 68 saloons and numerous gambling halls and sporting establishments.
But what would the party be like?
Any good revelry, in my humble opinion, finds a great starting point with beer. In this case, you’re talking about the days of Coors as a microbrewer.
In fact, Adolph Coors owned a building in Cripple Creek at the time.
“German born, Coors has been accustomed to the European tradition of breweries owning local pubs to help distribute their product. Coors carried on that tradition in Colorado. As his brewery prospered, he purchased buildings to lease back to prospective saloon owners who, in turn, would sell beer in their establishments,” wrote Brian Levine in Cripple Creek, City of Influence.
The Coors building was at 241-243 E Bennett Avenue in Cripple Creek, and he leased the property back to Henry Bunte for his B. B. Saloon.
“Although Adolph Coors did not finance the original construction of this building, Coors purchased it from stock brokers William P. Bonbright and J. Arthur Connell a year after it was built (1896),” according to Levine.
But it seems the most popular brew at the time, among the rising young stockbrokers, mining speculators and bankers, was the stuff served at the Denver Stock Exchange Saloon which is where Bronco Billy’s is today.
E. A. Asmussen, who was also a town trustee, was bartender, owner and when occasion called for it, bouncer. Asmussen contracted with well-known Denver brewers, the Zang Brewing Company and Rocky Mountain Brewery (owned by Zang).
Son of the founder, Phil Zang was the brewery manager for years after the English company Denver United Breweries purchased the company from his father Adolph in 1888. It became one of the largest breweries in the West.
“Adolph became interested in two of the district’s noted gold producers – the Anaconda and the Vindicator – and thus, became financially and politically involved in the Cripple Creek District. After the Anaconda and the Vindicator were absorbed by (A.E.) Carlton interests. Adolph Zang became a shareholder in The Golden Cycle Corporation,” wrote Levine.
Other beers served in the district might have included Tivoli Brewing Company or Union Brewing Company products, which were also two well-known Denver brewers that merged in 1901 (producing where the Auraria Student Union is today, in downtown Denver). In many locations, five-cent (nickel) draws were the going rate, except in the bordellos, where it was markedly more expensive.
If you had a taste for something stronger, of course that was readily available, often labeled affectionately and colorfully, ‘nose paint,’ ‘tonsil varnish,’ ‘tongue oil’ or ‘liquid muscle,’ in the vernacular of the period.
But a fellow didn’t have to drink alcohol exclusively.
The "black cow" or "root beer float" was created on August 19, 1893. Frank J. Wisner, owner of Cripple Creek Brewing in Colorado, served the first root beer float. Inspired by the moonlit view of snow-capped Cow Mountain, Mr. Wisner added a scoop of ice cream to his Myers Avenue Red root beer and began serving it as the "Black Cow Mountain." The name was later shortened to "black cow."
###
Posted by ___ Restless Native at 6:27 PM