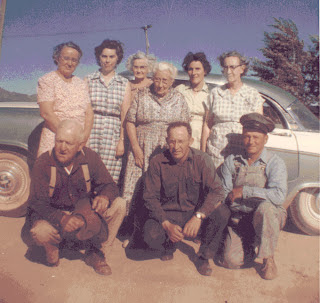 There was no door on the front or back. Old tires were strewn all through the wrecked structure. The ceiling was down in most places along with the roof in a lot of the rooms. The nice yard, plants and all the trees were missing. The carport was completely gone and it looked like the rest of the neighborhood went with it.
While attending a meeting last year in Grand Junction, I had the opportunity to run by the house my grandparents lived in after they retired from ranching. It has been at least 25 years since they lived there, and probably closer to 30 since I’d been in the area. Needless to say, I was disappointed.
My memory was of a neat, clean, well cared for, retirement community with many of the smaller homes nearly new. The exceptional lawns and landscaping stood out in my mind and were likely the result of a long growing season and plenty of irrigation water as the community was on the banks of the Colorado River.
But that was 30 years ago. Things change, I guess.
The experience brought to mind what becomes of my neighborhood or your neighborhood in 30 or 40 years and what we can do now to affect that.
Granddad had a very elaborate ditch irrigation system that allowed for an incredible mini-vineyard and peach trees as well as a lush clover-filled lawn, shady cottonwood trees and a vegetable garden. It was complex old technology with block panels and slots in the concrete ditches in which the panels required placement just so. But Granddad was “old school” and if anyone could make ditch run, it was he.
But he was not too keen on change and all the newfangled methods of water disbursement. He was not too supportive of development and he liked the fact that there was horse pasture across the road. He even liked it that the road dead-ended at the big canal and you barely could get two cars going different directions past each other on the lane out front. It kept the traffic down. Interestingly enough, there is still horse pasture across the road, which isn’t any wider. It does now go over the big canal into another ramshackle neighborhood.
He, as I said before, was reluctant to change much, and liked it that things didn’t. He lived in place that pretty much stood still. The old-fashion ways prevailed. The way of doing things remained the same.
It was nice way to live and nice, slow-moving place to visit as a kid. But without somebody like him that knew the old ways and how to make the ditch run, and no changes, and no modern conveniences and upgrades — it has suffered a sad decline. Maybe there is some lesson in that.
###
Posted by ___ Restless Native at 9:18 PM