Grin and bear it. 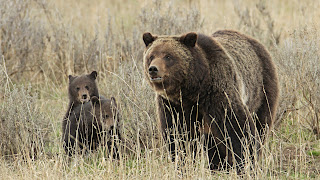 Big, brown buggers are up there still?

There is great pride in Coloradoness — a resiliency that can weather the meanest of storms. Longtime residents in these parts know boom and bust, rise and fall, peaks and valleys. They respond with a legendary Rocky Mountain springiness.
Take for example the story of the last grizzly bear in Colorado. I was senior in high school when word came out of the San Juans of bow hunter Ed Wiseman’s life and death struggle with the last -documented griz.
On Sept. 23, 1979, Wiseman, a Crestone guide was blindsided, knocked down and seriously mauled by a huge bear while hunting in the San Isabel National Forest near Blue Lake. According to reports that I remember reading in the Durango Herald, Wiseman yelled and waived wildly but the old sow continued the attack biting on the right shoulder and legs.
At that point the man reportedly played dead but the bear continued to maul him. Born from desperation, in a last ditch effort, Wiseman grabbed an arrow from his nearby quiver and began stabbing the griz in the throat and neck. The bear let him go and wandered away. The full-grown, four-hundred-pound, golden-haired female grizzly was found dead a short distance from the site of the mauling by Division of Wildlife investigators.
Prior to Wiseman’s encounter, the last recorded grizzly bear, ursus arctos horribilis, was slain by government trapper Lloyd Anderson in 1952 near the headwaters of the Los Pinos River, south of Gunnison.
Suggestions of reintroducing Grizzlies to Colorado have been officially opposed by the Colorado Wildlife Commission (1977 and 1982) and Malcolm Forbes’ offer to reintroduce on his ranch near Alamosa was also rejected.
Author David Petersen, in his book Ghost Grizzlies, says the question of “is that truly the last one?” still hasn’t been answered.
“... The question remains frustratingly unanswered: Are there, or are there not any grizzlies still left in Colorado? If you wish to believe that a few grizzlies still haunt hidden refuges deep and high in the sprawling San Juans, there ‘s plenty of evidence to support you, with more coming in every summer. But evidence is not proof, and should you choose to believe that the Wiseman grizzly was the dead-last of the breed in Colorado — the end of a multi-millenial occupation — there is no way that anyone could prove you absolutely wrong.”
As witness to legendary Colorado survival instincts, I choose to believe. I think big, brown buggers are up there still. 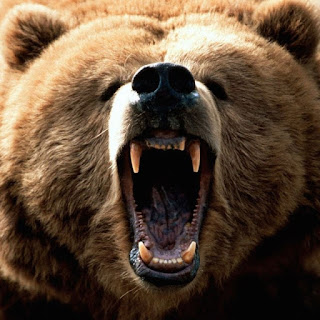 I thought it was the Rio Grande National Forest !
And all accounts tell Wiseman was not blindsided but came upon the unfortunate sow
and she was defending her turf ! Unfortunate event for Bear and Man.......