Where have all the smiths gone? 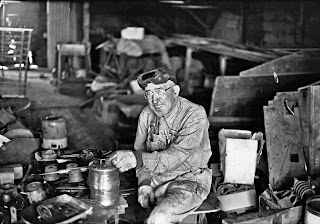 On top of his head, rode a small, black welders cap and a pair of very dark glasses with leather blinders on the side.

Watching people work, especially skilled craftsmen, is one of my favorite pastimes. I can’t think of a better place to do this than the blacksmith shop. Only one problem, there is very few blacksmith shops left.
Among my preferred memories, is the smoke, steam, the smell of cooling metal, the rhythm of a hammer on steel, the arc of light, red-hot coals and iron, the local engineering, and the whiff, whiff, whiff of the bellows in John Lambert’s shop when I was very young.
According to Leland Feitz, there were 11 blacksmiths in Cripple Creek in 1900. Shoeing horses, making parts for mine equipment and wagons, even creating toys for children.
Sure there are a few around who still practice elements of the art but its getting harder to find those that manage the entire range. Locally, I can think of only a few hardy souls who qualifie. If there are others, please inform me.
But the memories are good ones. John Lambert, more commonly know as “the one-legged blacksmith” made my first playground equipment. He wore loose bibbed overalls with one pants leg rolled into a tight bundle and hobbled around the shop on aluminum crutches with such skill that I thought for a long time all smiths had only one leg and the crutches were common tools of the trade. On top of his head, rode a small, black welders cap and a pair of very dark glasses with leather blinders on the side.
The wields on my set of “monkey bars” and the neighbor kid’s swing set, were tight, exceptionally uniform, smooth-to-touch and (as far as I know) expected to last forever. When I was 18- or 20-years-old, my folks finally donated ours to the town or someone to be used for years to come. I think they are probably still being used.
But as a student of language, even at and early age, I learned a fair amount from smiths I have known, including Lambert, John Vander Poole, Oscar and my grandfather, Owen Carrigan.
Sayings like “acquisititus” ac· quiz' i · t¯i' tis, which Anvilfire, a online forum for professional blacksmiths defines as “An obsessive need to acquire everything associated with one field of interest. Particularly afflicting blacksmiths, computer hackers and other tool, hardware and software collectors.” Anvilfire traces it origin, to Josh Greenwood, one of the first to recognize the symptoms in himself.
Sure, there are the regular terms such as ‘case hardening’ (bringing carbon to the surface) and ‘ductile iron’ (malleable), but even more interesting, were some of the terms to describe a process or instance when something didn’t go quite according to plan. Then they really let it fly. 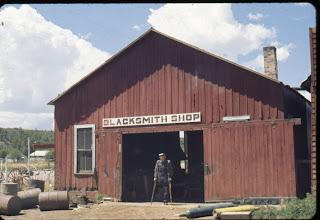 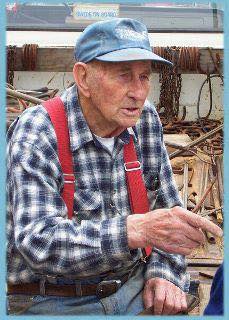 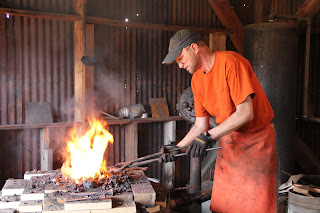