Despite the dryness, we still must eat 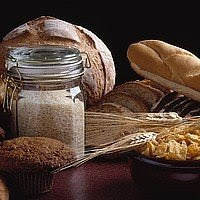 Not only do we try to grow it, but historically, we have been pretty good at processing, packing and packaging our produce.

There is an old saying, batted around in farm circles, that it is so dry in eastern Colorado that the water is wet only on one side. The rest of the state is not that much better off, though you wouldn’t know it from a few weeks’ afternoon storms. Colorado’s annual average rainfall is somewhere near 17 inches a year.
But that doesn’t stop us from trying to grow things.
Irrigated farmland in Colorado – with acreage that trails only California, accounts for wheat on the South Platte and Arkansas drainage, potatoes in the San Luis Valley, peaches in Grand Junction, wine grapes near Palisade, corn in the Olathe Valley and sugar beets in several locations.
Colorado led the nation in sugar beet production for decades until the 1960s with giant firms of Holly, Great Western and National prominent and prosperous locally and nationally.
Not only do we try to grow it, but historically, we have been pretty good at processing, packing and packaging our produce.
As early as 1867, the Rough and Ready Mill opened in Littleton. Irishman John K. Mullen, who was known to be proud of his calloused and stone chip-embedded hands (from years of toiling in the flour mills) built an inland empire of mills, grain elevators, wheat fields in the form of the Colorado Milling and Elevator Company. The company is famous for marketing Hungarian High Altitude Flour that is still popular.
Until high labor costs, coupled with cheap imported sugar cane, virtually killed the sugar business in Colorado in the 1960s, the sweet spot encouraged the establishment of related businesses. Candy makers such as Jolly Rancher in Wheat Ridge, Enstrom’s in Grand Junction, Rocky Mountain Chocolates in Durango, and Russell Stover’s in Montrose can all trace their origins to a strong Colorado sugar industry.
The state is also excels in making beer. Hundreds of breweries have called Colorado home. The first one, Rocky Mountain in Denver, eventually became the Zang Brewing Company and was the largest brewery in the Rockies until prohibition. Only four survived the long dry spell between 1916 and 1934. Of those four, only Adolph Coors has survived continously and is around today. Tivoli, from Denver, Walters from Pueblo, and Schneider, from Trinidad were all gone by the 1970s. Tivoli was resurected a few years ago.
But milk drinkers were not forgotten either. Sinton Dairy, which began in Colorado Springs in 1880, is still with us today; as well as Robinson in Denver, Meadow Gold in Englewood, and Hillside in Pueblo.
“The development of inexpensive tin cans around 1900 gave rise to giants such a Kuner, which started out pickling in Denver in 1872 and merged in 1927 with the J.H. Empson Company,” according to Historical Atlas of Colorado by Thomas Noel, Paul Mahoney, and Richard Stevens. Other local canners include Stokes, specializing in chili, which started in Colorado Springs and later moved to Denver.
In this state, I guess it is not really how much water you have, but what you do with it. We all need to eat.
###
Posted by ___ Restless Native at 9:08 PM