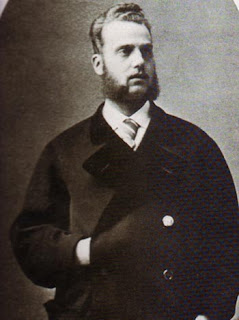 What he really wanted to do was visit the American West

Though they did not have celebrity and “reality” television then, a Colorado visit by Grand Duke Alexis Romanoff of Russia in 1872 might have made a good pilot.
Perhaps one of the more surreal elements of the trip were buffalo hunting excursions by the Grand Duke led alternately by Buffalo Bill Cody and a young General George Armstrong Custer, four years prior to the battle at Little Big Horn.
Grand Duke Alexis had arrived in New York in November of 1871, and had been hob-knobbing with elites in the East for months.
Dinners at the White House with then President Grant, giving Mayor Medill of Chicago $5,000 in gold for those left homeless from the Great Chicago Fire, and touring the Smith and Wesson factory producing pistols for his father’s army, were all on the agenda.
But what he really wanted to do, was visit the American West.
At a dinner at the White House, Lieutenant General Phil Sheridan wowed him with stories of mine activity in areas around Denver and great buffalo hunts on the plains.
That, of course, led to the Pennsylvania Railroad putting together a five-car special train, headed for the buffalo country of North Platte, Nebraska, and south and west into the Julesburg area of Colorado. Who to guide such important guests?
North Platte’s first resident, Buffalo Bill Cody, also enlisted the help (with the promise of 1,000 pounds of tobacco) of Sioux chief Spotted Tail and 100 Indians of the tribe.
The special train picked up General Custer and other army brass in Omaha and on January 12, arrived in North Platte. There they loaded their meager supplies including three wagons of champagne and Alexis’ personal chef, they headed out on the plain to hunt buffalo.
In the next two days, they killed 56 buffalo, the Duke himself accounting for eight, and in the evenings the 1,000 Indians offered shows involving sham fights, dances and lance throwing.
According to Marshall Sprague’s book, Gallery of Dudes, Cody remarked, “I was in hopes that he (Alexis) would kill five or six more before we reached camp, especially if a basket of champagne was to be opened every time he dropped one.”
Following that hunt, the Duke and entourage was entertained at a grand ball in Denver and toured other Colorado Front Range communities including Golden and Loveland. Disappointed by only the 56 animals slain in the first hunt, Custer and others decided to try additionally in the Kit Carson area of the Colorado plain, near the Kansas border. In one day of that hunt, the Duke killed 12 animals himself and the entire party was able to claim over 200 kills.
“In mid-February, Custer escorted him to New Orleans and to Pensacola in Florida, where he boarded his flagship Svetlanna and sailed for home by way of Cuba,” writes Sprague.
Today, The Krewe of Rex formed in 1872 -- principally to entertain the visiting Grand Duke Alexis Romanoff of Russia continues today as a New Orleans’s tradition. 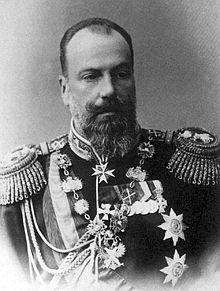 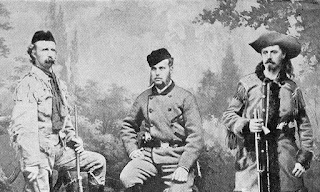