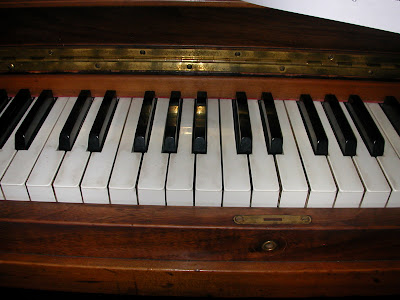 While you are waiting, be sure to confirm your source

Language, its meaning, and the way it travels about, has always been fascinating to me. And Colorado may claim its share of the responsibility for coloring some of that language.
For example, during his 1883 tour of the United States the world-renowned author Oscar Wilde, reportedly noted a sign hanging in Leadville saloon.
“Don’t shoot the piano player; he is doing the best he can,” it read.
The phrase became a colorful western variation meaning roughly the same as “Don’t kill the messenger.”
Mark Twain (Sam Clemons) liked the reference so much he adopted it in some of his lectures, but neither Wilde nor Twain claimed it was their’s originally.
Though it has no known Colorado origins, everyone understands what you are talking about when you use the phrase, “rule of thumb.” It is a rough measure, a general policy and universal guideline.
But if you look hard enough, you will likely find an argument on the origins of that phrase. A commonly repeated story harkens back to English common law and determines the diameter of the stick allowed in wife beating: “If a stick were used, it should not be thicker than a man’s thumb.”
English Judge Francis Buller made a public statement to that effect in 1782, resulting in public outcry, satirical newspaper cartoons and his legacy forever being attached to the statement biographically.
Thumbs, in fact, were used to gauge a lot of things. Tailors once thought, “Twice around the thumb is once around the wrist.” People held up their thumbs to measure distance on the horizon, and as a personal favorite, brew masters stuck a thumb in the batch to determine temperature and readiness.
In the Internet age, tracing a phrase back to the original source can be very tricky. I once mentioned a saying that multiple references placed responsibility for in the hands of Hopi elders in Oraibi, Ariz.
The saying: “We are the ones we have been waiting for.”
Shortly after referencing that in a magazine piece, Bertha Parker, Hopi Press Officer for the Hopi Tribe, contacted me and asked if any tribal elders had said that to me directly.
“A reporter asked me to verify the statement and I have been unable to do so,” said Parker.
“I haven’t been able to pin it down and have checked with religious and traditional leaders. Not each and every individual. The portion you attribute to Hopi seems to be something Hopi may say but the rest of the poem is far from the manner Hopi speaks,” she said.
“Hopi is not insulted or upset. The poem refers to swimming etc. No rivers here. Swimming in foot high mud or clay of gray color,” she noted in an email.
“We appreciate the thoughtfulness and the mention of Hopi in a positive manner. I really am trying to find out who wrote the balance of the poem. It would not surprise me to learn that someone has taken a Hopi statement and added other versions.”
Of course I told Bertha that I was sorry if the reference was incorrect. “No offense taken,” she graciously replied.
Other than that, I don’t what to say, except perhaps “Don’t shoot me (the piano player), I am doing the best I can.”
###
Posted by ___ Restless Native at 8:46 PM