Saddle club and the view from the circle 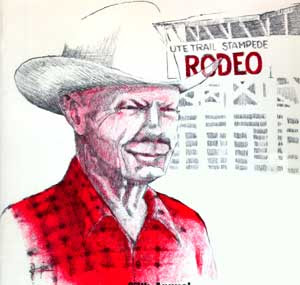 
“The pace of events is moving so fast that unless we can find some way to keep our sights on tomorrow, we can not expect to be in touch with today,” __ Dean Rusk, 1963.

Often change moves in a circle. Everything old might be new again. It becomes evident when you look at things like the Woodland Park Saddle Club and the names, and history past.
In July of 1950, the local newspaper, Woodland Park View, reported a “Large Parade” and “Exciting Rodeo” for the three-year-old saddle club.
An earlier article outlined how the club came into existence.
“Organized under a large pine tree in the south corner of the ball park, in August, 1947, twelve charter members were present: Mr. and Mrs. Ira Hollingsworth, Mr. and Mrs. Bob White, Mr. and Mrs. Ed Bean, Mr. and Mrs. Tom Atwell, Mr. and Mrs. Walter Maximoff, George Klumph, and sister Catherine, Carl Silbaugh, and Jack Willis. Ed Bean was elected the first president, with Herb Lyons succeeding him,” according to the View, which itself was only in it second volume and year. It was undergoing some changes as well.
“In true editorial fashion the Woodland Park View is going from the old to the new this weekend. Moving from Mrs. Whitmore’s Antique Shoppe where it has been comfortably located for more than two months, the View will make its new home in the very modern United Gas Co. building. We welcome you, your news and your patronage,” noted a front page box in the same issue as the story on the successful Ute Trail Stampede.
“Through the generosity of Bert Bergstrom, new rodeo grounds were made available in the fall of ’49. The new grounds are located in the center of town, south of the business section. With the co-operation of the people of the county and active members of the Saddle Club, the new grounds are being completed with a race track and a grad stand to be built later,” reported the View.
A decade ago,  (in the summer of 2008) Oscar Lindholm, 93 at the time, recalled Bert Bergstrom as a “big, rough, tough Swede, saloonkeeper at the Ute Inn, 231 pounds, that could drink quite lot of beer.”
Oscar said at that at that time he, himself, could put it away as well, but added that he hadn’t indulged in the recent 29 years. Oscar claimed he kept in fighting shape then by walking around the lake in Green Mountain Falls several times each day. “That’s the best medicine. That’s why I’m still alive.”
But Big Bert and Oscar were not alone especially when the Stampede was in town.
“… With the casino blaring away, all the local night spots lit up (and others?) and the square dance at the school ‘fillin’ up the floor’, Everybody had a GOOD TIME,” according the 1950’ article in the paper.
Cowboys and spectator alike agreed, “It is the best arena in the state and so beautifully situated with Pikes Peak and the breath-taking mountain scenery in the background,” reported the View.
The paper itself, published by Kenneth and Margaret Geddes, with Maurine Johnson as the city editor, only operated under that name for about five years, according their son Ken Geddes, Jr. Their son was an attorney in Colorado Springs until his death several years ago . He said when his parents sold the Cripple Creek Times to Blevins Davis, (who renamed it the Gold Rush) the View was discontinued.
“But that is the reason my mother called it ‘The View,’ I think, Woodland Park has that great view of the Peak,” said Ken Geddes, Jr. more than a decade ago.
###
Posted by ___ Restless Native at 2:00 PM