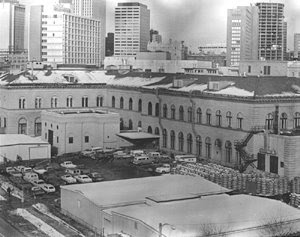 By Rob Carrigan, robcarrigan1@gmail.com
I have heard more than a few people say, “It can be tough to make money in Colorado.” But of course, that hasn’t ever stopped folks from trying. Historically, some are more successful at it than others. In June of 2006, the first Colorado quarters were released from the U.S. Mints in Denver and Philadelphia. Last year, the Denver Mint itself produced nearly 1.5 billion quarters. The U.S. mint in Denver struck its first coins there 1906 as a federal institution, but operated as a successful private minter as early as 1860 under name of Clark, Gruber and Company. The government purchased that company and its equipment for $25,000 and began operating as the United States Assay Office in 1863. “Unlike Clark, Gruber & Company, though, the Denver Mint performed no coinage of gold as first intended. One reason given by the Director of the Mint for lack of coinage at Denver was, ‘…the hostility of the Indian tribes along the routes, doubtless instigated by rebel emissaries the other being a Civil War) and bad white men,’” according to the United States Department of the Treasury. It took construction of a new building (the current location, with construction beginning in 1897), new equipment, and delay after delay before the first coins were finally struck in February, 1906. Of course, others had tried making money as well. Many of them right here in the Pikes Peak area. “Since gold dust and nuggets serve as exchange for the prospectors, in 1861, Dr. John Parsons began to mint coins to provide more convenient currency. Parsons had come to Tarryall Diggings from Illinois in 1859,” wrote Virginia McConnell Simmons in her 1966 book “Bayou Salado: The Story of South Park.” “His gold pieces were minted in $2.50 and $5 denominations. These coins had an eagle side encircled by the words ‘Pike’s Peak Gold” and the denomination. On the other side was the stamp mill and the words ‘J. Parson (sic) and Co., Oro’ Parsons considered moving his mint to Buckskin at one time, but by 1864 the mint was no longer in existence because of government prohibition of private minting,” Simmons wrote. According to CoinResource, “At the same time, John J. Conway & Co., jewelers and bankers, briefly struck gold pieces in Summit County.” “Only a handful of the coins produced by these early minters remain in collections today, and the finest examples from the Fredrick R. Mayer Colorado Pioneer Gold Collection,” and were recently included in “Mountains of Money: A Colorado Story” exhibit at the Money Museum in Colorado Springs, according to CoinResource. Victor too, got into the money making act when one of its own successful miners, Joseph Lesher began producing his own “dollars” in 1900 and 1901 as a silver advocate in protest of the Gold Standard Act of 1900. “Merchants who signed on with his program could have their name engraved on the silver pieces,” according to CoinResource. Today, the Denver Mint operates five days a week, 24 hours a day cranking out coinage. The Colorado quarters, with an image designed by Len Buckley of Damascus, Md. The quarter’s design was based on a photo Buckley took of Longs Peak while on vacation in Rocky Mountain National Park 20 years ago. That design beat out several others including one that depicted Pikes Peak. After the coins are struck, they are placed in large, box-like sacks, with 200,000 quarters in each 2,500-pound sack, according to the Denver Post, and then shipped in armored vehicles to points west of the Mississippi River. So as you can see, it certainly is still possible to make money here in Colorado. ###
Posted by ___ Restless Native at 2:07 PM