Connected? Who is related? 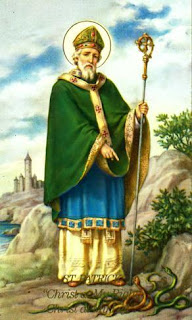 During the 1920s in Colorado, ethnic celebrations such as St. Patrick’s Day fell by the wayside at the risk of appearing as “un-American.”

In history, you can never be completely sure what and who is related to who and with what. As St. Patrick Day approaches, I submit the following. It is up to you to call ‘Blarney.’
“As North Denver’s pioneer parish, St Patrick’s has an exotic history involving a bitter struggle between Bishop Matz and a pastor powerful enough to twist the 20th Street Viaduct – Joseph P. Carrigan, who also inaugurated festivities that have evolved into Denver’s popular St. Patrick’s Day parade,” according ‘Dr. Colorado’ Thomas J. Noel.
Michael J. Carmody first said mass in the fire station at 15th and Boulder Street but by 1885, Father Carrigan became the steady pastor and almost immediately set to work expanding the parish. Carrigan had previously served at St. Mary’s in Breckenridge and Denver as well as St. Ann.
“North Denverites in those days were separated from the city by the South Platte River and a maze of railroad tracks, where trains killed and maimed people every year. Further more, the 15th Street bridge over the Platte was so rickety that the city posted a notice at either end: ‘No vehicles drawn by more than one horse are allowed to cross the bridge in opposite directions at the same time,’” wrote Noel in Colorado Catholicism.
“Father Carrigan and his parishioners joined the crusade to build a viaduct from downtown to North Denver as a safe crossing over river and rail lines. Mayor Robert W. Speer cleverly persuaded the railroads to put up most of the cost of the viaduct. Completed in 1911 for $500,000, this three-quarter-mile-long trussed viaduct left Denver at 20th Street but landed in North Denver at 33rd Avenue – at the front door of St. Patrick’s. Parishioners praised God for what is now the oldest and largest trussed viaduct in Colorado, and North Denverites still call its bend ‘Carrigan’s Curve,’” according to Noel.
Fighting City Hall was one thing, but Father Carrigan felt compelled to take on the Bishop as well. He was publicly critical of Bishop Matz diocese almost immediately after he succeeded Bishop Machebeuf, some saying he wanted an Irish bishop instead of another Frenchman.
“In defiance of his bishop, Father Carrigan, in 1907, undertook the erection of a new church. After touring Spanish missions of California founded by the Franciscan friar, Junipero Serra, Father Carrigan became enamored with the mission revival style. With architects Harry James Manning and F.C. Wagner, he designed a beautiful stone church with asymmetrical front bell towers connected by a curvilinear parapet. An arcaded cloister along Pecos Street connected the Church with a large courtyard and rectory. Fund-raising difficulties and Father Carrigan’s ongoing feud with the bishop prolonged construction for three years. Priest and parishioners finally celebrated completion of the new St. Patrick’s, a block northwest of the old church, in May 1909. A year later, Bishop Matz reassigned Father Carrigan to St. Stephen parish in Glenwood Springs. This solution followed a rather uncivil civil court case, numerous appeals to Rome, and a scandalous public fight from the pulpits,” wrote Noel.
Father Carrigan is given credit for initiating St. Pat’s fundraising gala the old Broadway Theater in which it’s mostly Irish congregation donned costumes, played bagpipes and celebrated in collaboration with the Daughters of Erin, and the Ancient Order of Hibernians as early as 1885.
“A more militant approach was taken on March 17, 1902, according to the Denver Times, by Captain Stephen J. Donleavy, secretary of the Denver Fire and Police Board: He announced plans to recruit a volunteer army in Colorado in order to invade England and free Ireland,” says Noel.
Anti-immigrant organizations like the Ku Klux Klan wielded substantial power during the 1920s in Colorado, and ethnic celebrations such as St. Patrick’s Day fell by the wayside at the risk of appearing as “un-American.”
The St. Patrick’s tradition was reportedly revived in 1962, when Denver Post columnist Red Fenwick and his “Evil Companions Club” staged a march.
“Witnesses claim it was a short march: the paraders walked out of Duffy’s Shamrock Restaurant, went around the block, and back to the bar,” according to the Post.
By 1974, the revived Denver March 17 celebration was claiming it was the second largest parade in the U.S. 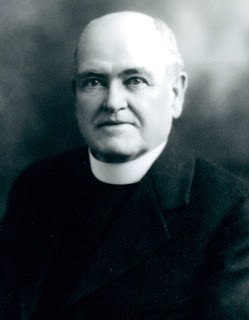