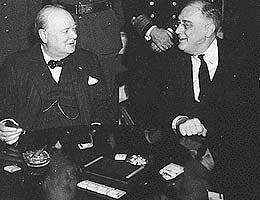 Attorney Ken Geddes grew up in Victor during the ‘30s and ‘40s. His parents owned and published the Times Record from 1941 to 1951.
Talking with Geddes a few years ago, the conversation meandered, twisted, and turned through how things have changed over the years. He brought up one of the biggest agents of change for the district. He called it by name, “L-208.”
War Production Board Limitation Order L-208, issued on Oct. 8, 1942, forced the closing mines here and all over the nation. Geddes said it was basically a ‘dirty word’ in the district.
During the Depression, participants in the local economy were relatively prosperous here and in other mining locales around the country, when compared to other areas that were not relying on mineral extraction.
Gold production started to rise during the ‘30s because of lower operating costs. In 1929, at the pinnacle of the post World War boom, gold production nationally had reached the lowest point since 1849. But by 1935, the price of gold had increased to $35 an ounce. With higher prices and lowered costs, gold mining looked pretty good when you considered the economic slowdown in other sectors. Mining in the Colorado, Alaska, California, Arizona, South Dakota and other areas, showed great promise until the U.S. became involved in World War II.
Geddes said his parents’ newspaper was a daily until that time but went to a weekly as the local economy soured on the heels of L-208. The order restricted the mining of all non-essential metals and virtually shuttered gold mining locally.
Longtime area mining historian Ed Hunter appreciated Geddes' comments on the economic impact of L-208, and added a few of his own.
“In the minutes from the Congressional hearings on L-208, Al Bebee or another Golden Cycle official testified that he knew of only about five miners from the District that ever went to work in the copper mines and that was touted as one of the great things about L-208. We'd get more of a metal that could be made into shells and bullets rather than that gold stuff! A great many hands went to the service which probably didn't leave many to go to other mines” wrote Hunter
“Years later, I was told when I went to work in New Mexico at what had been a lead/zinc mine and produced the metal needed for the war, that the year before L-208, the government restricted materials like timber. The mine, for some reason, was not on the approved list. When the mine needed timber for underground support, they had to go over at night to the adjacent mill and "borrow" the timber they needed. The mill was on the list 'cause they actually produced the metals. Kind of like the thinking that electricity comes from the light switch so you don't need the coal to produce it,” Hunter said.
He hinted that there may have been even bigger and more complex political agendas to consider.
“Seemed kind of funny that Roosevelt and Churchill decided to cut out gold mining in the US but Great Britain, South Africa, Australia, etc. could keep on gold mining throughout the war. About that time there was reference in the trade journals to leaders in both countries wanting to go off the gold standard culminating in the Breton Woods accord. I'm afraid that is all way beyond me.”
###
Posted by ___ Restless Native at 9:28 PM

The Soviets were granted the closed gold mining equipment. Major Racey Jordan explains it all in this 1962 speech:
http://chasvoice.blogspot.com/2012/08/from-major-jordans-diary-treason-at.html